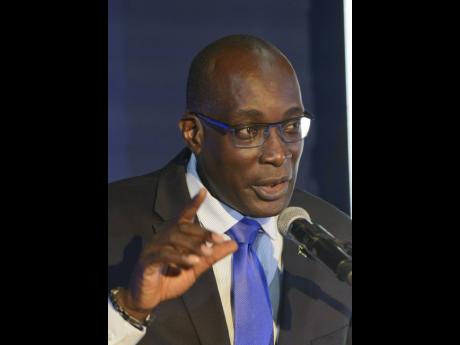 Opposition Member of Parliament (MP) Mikael Phillips yesterday revealed that he has seen evidence where a member of Ruel Reid’s security team was being paid heftily through the Caribbean Maritime University (CMU) as questions continue to mount over some financial arrangements at the institution.

Speaking during a press briefing at the People’s National Party (PNP) headquarters yesterday, Phillips recapped some of the contractual issues that were brought to light at recent Public Administration and Appropriations Committee (PAAC) meetings linking payments to a number of persons with close ties to discarded Education Minister Ruel Reid.

“We have seen two helpers, a driver, councillor, business partner and now we are seeing where there is a connection between bills being paid through the CMU to a close protection officer (CPO) that worked directly with the minister. We have seen where payments, or have evidence of payments being made, to this close protection officer, where invoices are made out to him providing CPO services and security services to the CMU,” Phillips said.

“... It follows a pattern of where persons who either worked directly with the minister or worked through the Ministry [of Education] were also being paid for other services that they claim were provided by them to the CMU,” Phillips told the media.

He is also calling for a probe into an education and health foundation that was launched in Florida and attended by management and staff of the CMU.

Pinnock, the head of the CMU, recently went on leave to facilitate the completion of a probe into irregularities at the institution.

Phillips also called on Auditor General Pamela Monroe Ellis to conduct an investigation into the CAP-YES programme, which was undertaken by the CMU and to which some of the questionable payments are linked.

The MP, who also sits on the PAAC, said that with the number of unanswered questions hanging in the air, the CMU treasurer should also take a leave of absence to facilitate the investigations.