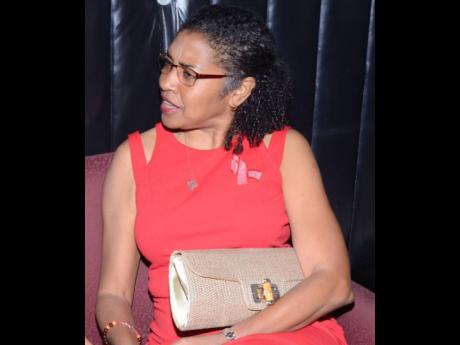 Campion College Principal Grace Baston yesterday sought to set the record straight on concerns around funding her institution was promised by the Ministry of Education, Youth and Information in relation to the Career Advancement Programme (CAP).

On Wednesday, a member of the school’s bursary told The Gleaner that the school was yet to receive any money from the ministry as anxious parents also pleaded for an update on the disbursement. The school year had closed without a communicated timeline for the payment.

Queries made to Colin Steer, director of corporate communications at the ministry, were not answered up to press time Wednesday. However, yesterday, a release from the ministry dismissed the school official’s claims as erroneous while promising that the final payment of sums due would be made today.

Addressing the issue yesterday, Baston said that while the school had received some of the funds, it was still awaiting a significant portion of the $3.6 million promised, $1.6 million of which was for sixth-form tuition fees for 40 students, each receiving $40,000. To date, none of those students has received the promised funds.

The Campion principal pointed out that with the cost for tuition at Campion College’s sixth form being $80,000, the promised $40,000 grant per student would have provided some relief for parents.

“I wrote to parents and explained that their children would be benefiting [from the CAP grant]. They were advised to pay the fee and as soon as funds became available, we would reimburse [them],” she said.

The Gleaner was told that the assistant bursar became involved in the matter because parents were advised to contact her for any questions related to reimbursement.

“She (assistant bursar) has been saying that (explaining that funds were not available) for the last eight months. Parents are constantly asking for reimbursement,” Baston said.

She said that further to the $400,000 received in December 2018, another $675,901.88 was received last month, on June 17. However, there were questions around that second allotment as it was done under a different subject heading than the first CAP instalment.

“When the second [allotment] came, it said, ‘CAP Regular Grant’. We could not assume it was for tuition. So we still have it that it was only $400,000 received for CAP tuition,” Baston explained, adding that she thought those funds were part of the $3.6million CAP total her school should have received.

“I am still short. Of the total $3.6 million promised for the programme, $1.6 million was for the tuition. The truth is, there is money outstanding,” she noted.

The Career Advancement Programme, which started in 2010, provides technical, vocational and educational training and certification for young people, ages 16 to 18, who have graduated from high school.