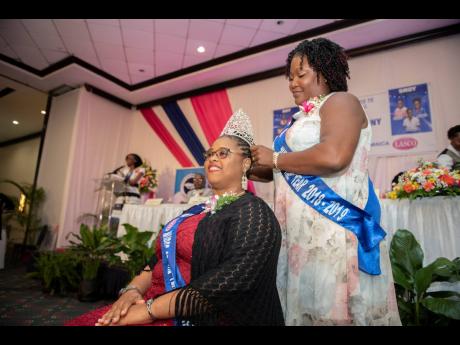 “A vision without action is a daydream,” declared nurses’ manager at the Spanish Town Hospital Keisha Riley-Harrow, who, yesterday, achieved a major milestone in her career after copping the coveted LASCO/NAJ Nurse of the Year award.

Riley-Harrow came very close to securing the title in 2016 when she was named first runner-up, but not one to give up easily, she re-entered the competition this year and topped it.

Along with the trophy, she received a $350,000 cash prize and a LASCO gift basket at the Nurses’ Association of Jamaica (NAJ) and LASCO National Nurse of the Year Awards 2019-2020 held at The Jamaica Pegasus hotel in New Kingston.

Riley-Harrow, who is a registered nurse and midwife, was named Employee of the Year at the St Catherine-based hospital in 2010. She has been described by her peers as being compassionate and dedicated.

Nurse Soshanna Grant-Terlonge from the Spanish Town Hospital was named first runner-up while Fione Collins from the Percy Junor Hospital in Clarendon was declared the second runner-up.

Tacquise Campbell was named the Nursing Student of the Year for 2019-20 and along with her trophy, was awarded a $100,000 cash prize and a LASCO gift basket.

LASCO has been partnering with the NAJ to host the event since 1999.