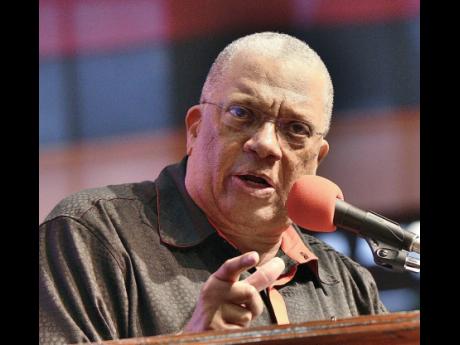 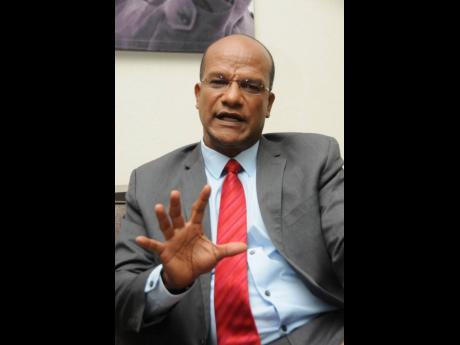 Incumbent People’s National Party (PNP) president Dr Peter Philips is hoping that lightning will not strike thrice in his political life and deny him leadership of the party he has served for years as he begins his defence of his stewardship to beat back the challenge from Peter Bunting.

Peter Phillips lost the leadership bid to replace P.J. Patterson in 2006, and except for four sitting members of Parliament (MPs) who supported former leader Portia Simpson Miller in 2008 but who now support him, he will be relying on an almost identical list for support against Bunting.

Supporters of his losing 2008 bid are hoping “lightning will not strike thrice in his political life”.

On Friday, it was a 9-9 dead heat of MP support for both.

This Friday, both Phillips and Peter Bunting will nominate for the party’s top post at the PNP’s headquarters on Old Hope Road for the face-off on September 7.

Dr Wykeham McNeill, MP for Westmoreland West, said Phillips is the best man for the job.

“He is tried, tested, and proven and has done a massive amount of internal work since taking over. Plus, he has an impressive line-up of candidates in place,” he told The Gleaner.

Mikael Phillips is the leader’s son and a party vice-president. He has made it clear that blood is thicker than water.

“Peter Phillips is the best-prepared person for prime minister of Jamaica,” he said, noting that he was looking beyond the leadership race.

The two are among MPs who have declared for Phillips, who also has strong support from the caretakers’ group.

Wavel Hinds has raised his bat for the incumbent.

“I have already declared for Dr Phillips,” Hinds told The Gleaner

Dr Shane Alexis said, “He is the best man to lead the party at this time.”

Senator Damion Crawford said, “I am sticking with the Peter that walked East Portland with me long before the elections.”

Venesha Phillips said she trusts him.

“As someone who gave him a battering in 2006 and 2008 (supporting Portia), I am standing beside him because I trust him.”

Imani Duncan-Price said it was a vote for the heart of the party. “Peter Phillips not only lives the PNP core values of integrity, equality, and justice, but his wisdom can guide all … .” she said.

Bunting, however, has received more support from the parliamentary group than Simpson Miller did in 2006 and 2008.

Mark Golding, his campaign chairman, said in a Facebook post: “I believe the party must put itself in the best position to win. Under the leadership of Peter Bunting, a proven winner, the PNP will do just that.”

Campaign manager Dr Dayton Campbell said Jamaica was crying out for a response to the corruption-tainted administration running the country.

Bunting was his answer.

“I do not subscribe to the argument that a challenge is not good for the party. So when is it ever going to be good? So I will give Peter Bunting a laptop on Sunday. It does not mean we will stop using Joshua’s (Michael Manley’s) rod. Nothing is wrong in using both,” said Campbell prior to the launch.

Bunting has demonstrated an ability to modernise and move forward, he said.

Outgoing MP Derrick Kellier was a loyal Simpson Miller supporter who is now supporting Bunting. Dr Walton Small, who will replace Kellier in the next election, could not be contacted.

Hugh Graham, who replaced Pickersgill, also could not be contacted.

Outgoing MP Ronald Thwaites was a platform speaker at the Bunting launch.

They say Phillips is not the person.