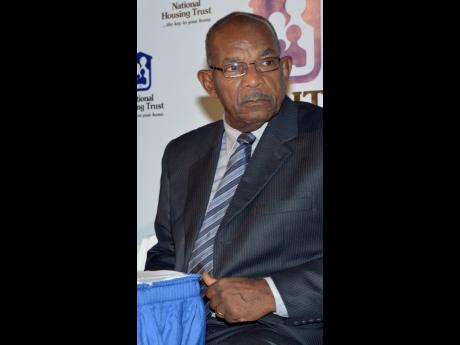 The head of the local returning residents’ association is raising the alarm over what he says is the slow progress in solving a number of murder cases involving Jamaicans who have returned to the country after settling abroad.

In a letter to Commissioner of Police Major General Antony Anderson last Friday, Percival LaTouche lamented three cases since 2016 which are yet to be solved.

The murders he outlined were those of Jermaine Junior, who was killed at the home of attorney Patrick Bailey in September 2016; Alford and Florence Anderson, who were murdered in June 2018, following reports to the police that they were defrauded of $8 million; and Millicent Clarke-Barrett, who was killed in St James last August.

“None of these murders have been solved despite evidence that is out there. They have footage – closed-circuit TV. The investigators have not mentioned anything about those,” LaTouche said.

Making reference to a video he obtained from the Clarke-Barrett family, he said: “When I look at the footage myself, if I was living there [in the parish], I could pick out that guy who shot and killed Barrett. It’s clear as daylight.”

The president of the Association for the Resettlement of Returning Residents said that there were other similar cases and that the families deserved justice in the matters.

“It is having a devastating impact on the immediate families. They are speaking to me 24/7. They are on the phone to me, they are emailing me, they are in contact with the police,” he said.

LaTouche said the level of crime in the country was scaring Jamaicans from returning home to retire after working overseas.

He pointed out that the decline also impacts the economy and revealed that he was aware of 11 persons who, having come back to Jamaica, have changed their minds and have returned abroad since the start of the year.

“There’s about 50,000 to 70,000 Jamaicans living abroad who are now at pension age and would love to come home to enjoy their twilight years in this beautiful island, but it has become a murder capital. This is not something that should be happening in Jamaica. When I was a youth, I only heard about two or three murders every two years ... . Now, murders are happening 24 hours a day,” said the returnee, who left Jamaica for England when he was 18.