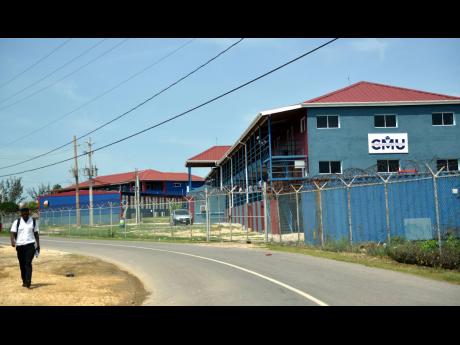 Despite warnings from the National Contracts Commission (NCC), the Ministry of Education, Youth and Information entered into design and build contracts with the Caribbean Maritime University (CMU) for construction works at nine schools, without following due-diligence procedures.

This action by both the ministry and the CMU did not result in the receipt of value for money, according to a performance audit report from the Auditor General’s Department tabled yesterday in Parliament. The report covers the five-year period from financial year 2013-14 to 2017-18.

The primary objective of the NCC is the “promotion of efficiency in the process of the award and implementation of government contracts and ensuring transparency and equity in the awarding of such contracts”.

In her report, Auditor General Pamela Monroe Ellis noted that as at July 2019, the education ministry made payments for works at nine schools totalling $171 million. The contract for works at the first school was signed in December 2017.

“We noted that CMU commenced undertaking the variation works without the required approvals from MoEYI (Ministry of Education, Youth and Information). MoEYI bypassed the due-diligence of the Procurement Committee and further breached the procurement guideline by its failure to obtain the approval of the NCC for seven of the contracts, based on the values,” a section of the report read.

In another development, the auditor general reported that the education ministry bypassed the requirement to obtain the requisite approvals from the local municipal authorities and the Jamaica Fire Brigade in order to ensure that the buildings (schools) meet the established safety standards.

“We found no evidence of a framework agreement or memorandum of understanding, which should establish a formal relationship between MoEYI and CMU for the design and build construction works or evidence of negotiation to arrive at the best prices. This may have contributed to CMU not obtaining approval from MoEYI to carry out variation works,” the report said.

According to Monroe Ellis, all the construction works being done by the CMU exceeded the contractual deadline. The ministry only provided practical completion certificate for only one contract. The remaining eight are yet to be completed.

“The records at CMU did not readily allow us to determine how the monies were spent under the various projects and our request of CMU to disaggregate the expenditure has not yet been met. This matter will be pursued and addressed further in our audit report on the special investigation of CMU,” the auditor general reported.