UPDATED: How did Reid get gov’t credit card? 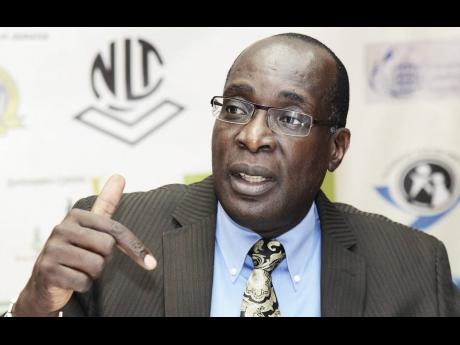 Mystery shrouds the circumstances under which discarded Education Minister Ruel Reid obtained a credit card with a limit of US$3,800 or just over J$500,000, which was being paid for by taxpayers.

Karl Samuda, the minister who has been overseeing the education ministry since Reid’s resignation in March, told Parliament that he became aware of the card for the first time yesterday morning.

However, facing a grilling by the parliamentary Opposition yesterday, Samuda was unable to provide critical details about the card.

While acknowledging that it must have been approved by “someone in authority in the ministry”, Samuda suggested that the opposition direct their enquiries “elsewhere”.

“I cannot venture into the reason why or the method by which he acquired it and perhaps you could refer that question elsewhere,” he said in response to a question from Opposition Leader Dr Peter Phillips.

But Phillips was not satisfied as some members of the Opposition shouted “lock him up”.

“Can the minister tell us from whose account or from which account would payments on that credit card be made? Was it from the Consolidated Fund, as administered through the Ministry of Education, or was it from one of the agencies falling under the ministry?” he questioned.

“I am not aware. I’m not aware of any details relating to it. The very first time this matter was brought to my attention was, ironically, this morning,” Samuda replied, before promising to investigate the issue.

Phillips also questioned whether it was the standard practice in the current administration for Cabinet ministers to be issued with credit cards.

“I am not aware of any such practice,” Samuda replied, triggering an interjection from House Speaker Pearnel Charles Sr.

“I wish to hear the member because I was a minister and I have never been given a credit card, so I wish to hear what the minister has to say,” said Charles.

“I’ve never used a credit card from Government,” he insisted.

Samuda, who was responding to questions initially posed by Central Kingston Member of Parliament Ronald Thwaites, disclosed that the card was used “for the purpose of gasolene, to cover some hotel charges, book charges and for some air travel-related charges”.

He said the outstanding balances were “payable by the ministry upon use”.

Samuda confirmed that Reid’s wife was employed as manager for legal affairs at Caribbean Maritime University (CMU) since July 2017. Then called the Caribbean Maritime Institute, the institution fell under the Ministry of Transport and Works, headed by Mike Henry at the time.

“Can the minister affirm that Mrs Reid is entitled to practise law or would that not matter in these circumstances?” Thwaites questioned.

“The fact that one is not called to the Bar to enable them to practise in business or in the courts does not, in anyway, diminish their ability,” he responded.