Samuda: Schools were on the verge of collapse - Minister explains procurement breach 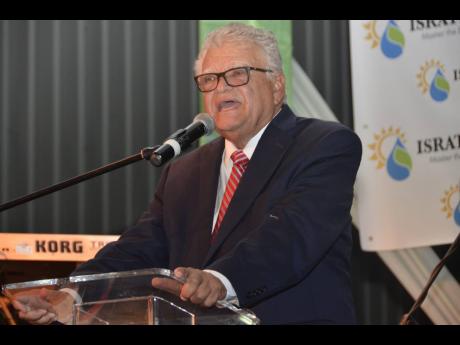 The buildings at the centre of a scathing report by the Auditor General’s Department were dilapidated and threatened the safety of the students occupying them, the education ministry has asserted.

In some cases, according to minister with oversight responsibility for the education ministry Karl Samuda.
“They were just on the verge of collapsing on the students, so swift action had to be taken,” Samuda told journalists yesterday as he responded to the findings of a performance audit of the procurement management at the Ministry of Education, Youth and Information.

“That does not mean that it was devoid of the possibility of engaging the proper process,” he added.

Samuda, who was speaking during the resumption of the post-Cabinet press conference at Jamaica House, also conceded that enough attention had not been paid to the Government’s procurement rules and that “the actions of the ministry were not consistent with adherence to proper procurement policy”.

The audit found that the education ministry entered into design-and-build contracts with the Caribbean Maritime University (CMU) for construction works at nine schools without following due-diligence procedures and despite warnings from the National Contracts Commission (NCC).

Samuda said the ministry has since established a system to “assess where we are and what is required to be done”.

There are questions as to whether former Education Minister Ruel Reid was issued a credit card over the limit set out in a September 2009 directive from the finance ministry.

At a press briefing yesterday, acting permanent secretary in the education ministry Dr Grace McLean revealed that checks are being conducted to determine whether the government-funded credit card was used in breach of the directive from the finance ministry.

“I will have to do my research and ensure that the information that I’m giving you is accurate because I would not have been the person who led that process,” McLean told The Gleaner.

Samuda, who has been overseeing the ministry since Reid’s sudden resignation in March, told Parliament on Tuesday that the former minister was issued a credit card with a limit of $US3,800 that was “payable by the ministry upon use”.

McLean disclosed that Reid requested the card and that the finance ministry approved it on September 29, 2016.

According to Samuda, the card was “used for the purposes of gasolene, to cover some hotel charges, book charges, and for some air travel-related charges”.

The 2009 circular – which was sent to permanent secretaries and heads of departments across government ministries, departments and agencies (MDAs) – lists the guidelines for the issuance of government-funded credit cards, the purposes for which they can be used, and how expenditures should be monitored.

The GCC, it said, should be used to pay authorised subscription and fees “payable only through the use of cards”; purchase of goods, which adheres to the procurement rules; and payments for “any other authorised business transactions for which a card is the mode of payment requested by the vendor”.

According to the circular, individual credit cards, which are issued to ministers of government or other senior ministry officials, should have a spending limit of no more than US$2,500 or J$250,000. Reid’s card, according to Samuda, had a limit of US$3,800, just over J$500,000.