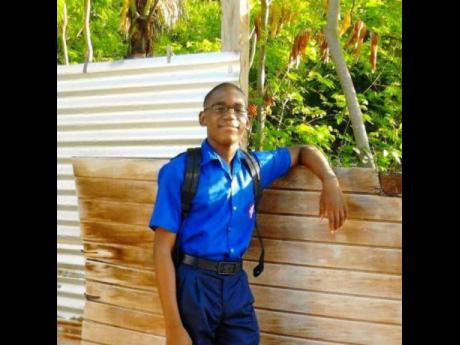 Quacie Hart, the man who stabbed a Jamaica College (JC) student to death in 2016, will have to serve more than three decades in prison.

Hart was sentenced by High Court judge Lorna Shelly Williams to life in prison and ordered to serve 31 years before he becomes eligible for parole.

The sentence was handed down in the Home Circuit Court yesterday, almost three months after he pleaded guilty to the murder of 14-year-old Nicholas Francis.

Francis, who was in third form, died at hospital several minutes after Hart plunged a knife into his chest during an altercation on a bus on October 26, 2016. Hart surrendered to the police three days later.

In her ruling, Shelly Williams indicated that she started at 40 years in prison for the crime which triggered national outrage and heightened concerns about students‘ safety.

However, she shaved 10 per cent off the sentence as Hart had pleaded guilty just before the start of his murder trial. She also subtracted the nearly three years he spent in custody awaiting trial.

In their account of the killing, prosecutors said Francis and Hart were seated beside each other on the minibus that was heading towards Half-Way Tree, when the teenager blurted out “talk to him nuh”.

It was later observed that the convicted killer was holding on to Francis’ wristwatch, and the teen was trying to brush him off.

A fist fight reportedly broke out, but the two were quickly separated by one of two conductors, who gave Francis a seat to the rear of the minibus.

It was reported that another JC student, who was about to get on the bus, picked up the bag.

However, prosecutors say Hart stopped him, asking, “How you so nuff? A fi yuh bag?”

When another passenger intervened and took up the bag, Hart again grabbed the knapsack and threw it to the ground.