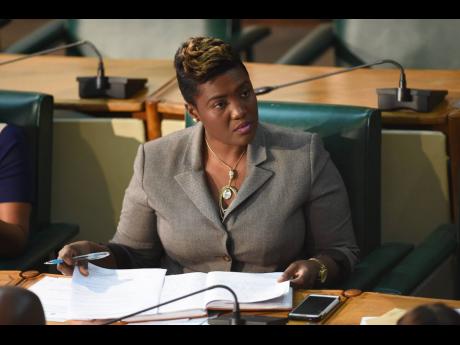 A government senator has suggested that Jamaica begin taking steps to craft an appropriate policy and legislation to oversee the emerging local surrogacy industry.

The suggestion by Kerensia Morrison comes a week after a Sunday Gleaner series explored the issue.

A surrogate is a woman who bears a child for someone else, usually because that person is unable to become pregnant. The procedure is either done through traditional or gestational surrogacy.

Morrison, in a private member’s motion moved in the Senate yesterday, proposed that the Government hold consultations with stakeholder groups to help develop surrogacy policy and legislation.

She noted that surrogacy is being practised and marketed in Jamaica and is drawing increasing interest.

The lawmaker, however, raised concern that the psychological impact on individuals involved could lead to mental health challenges.

“Issues may arise to include ethical concerns regarding surrogacy, in so far as it may be pursued for commercial purposes and not for the development of a family,” she said.

Further, Morrison asserted that conflicts arising from surrogacy transactions could demand that the issues be resolved in the courts.

In 2017, an international journal on sexual and reproductive health and rights, Babies, Borders and Big Business, reported that the “commercial surrogacy industry is estimated at around US$2.3 billion annually”.

The Sunday Gleaner found scores of Jamaican women offering their services on at least two websites, which provide a platform for intended parents, surrogate mothers, egg donors, surrogacy lawyers and agencies to communicate.

One website had 63 Jamaican women, while the other had 50, ranging in ages from 18 to 50 years old, from all across the island. Some of the women, who displayed their pictures, were already mothers while some were childless.

Among them was 18-year-old Shana-Lee, who said she was from Manchester. She indicated that she was childless and willing to become a surrogate to help gay and lesbian couples, heterosexual couples and single women.