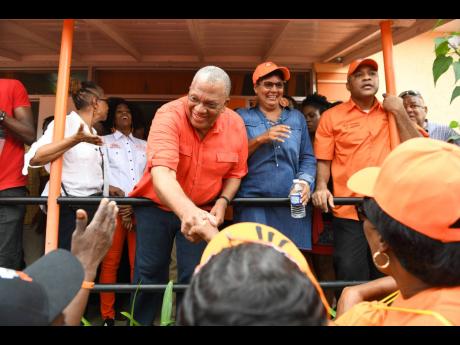 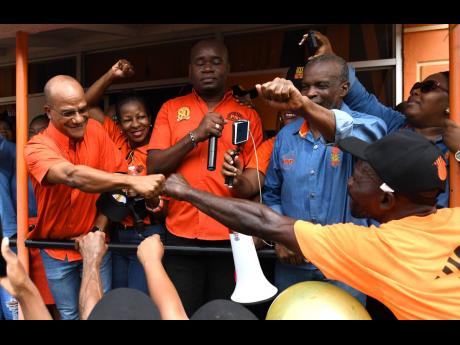 Jamaica’s tried, tested and proven electoral system run by the Electoral Office of Jamaica (EOJ) will be used to conduct the September 7 race for a new People’s National Party (PNP) president, its General Secretary Julian Robinson told The Sunday Gleaner.

The body, which conducts the country’s national elections, has been endorsed by the party to carry out the polls, which will see incumbent PNP president Dr Peter Phillips go up against Peter Bunting.

On Friday, at the close of nominations for the presidential nominees, Robinson also shared that at a minimum, the elections could cost between $4 million and $5 million.

“When the EOJ did the contest for the PNP vice-presidents last year, the cost was $1.8 million. Rental of the arena is $1 million and barriers and tents could cost another million. So we are looking at anywhere between four and five million dollars for this election,” Robinson stated.

The general secretary said the candidates were each provided with a list of the 2,800 delegates who are eligible to vote. In addition to being fully paid up group members, the delegates should also be on the voters’ list published by the EOJ in May this year.

Both candidates revealed that they would now take their campaigning to the base level, interacting with the delegates on an intimate basis, wherever they are located.

Meanwhile, Phillips has denied reports that individuals are being threatened and intimidated to support him.

“I have always defended the democratic rights of anyone who wants to offer themselves to offer it, and anyone who wants to support to do so. I think anyone who has looked at my record, not only in the past, but particularly since March 2017, will have recognised that I am not somebody who believes in retribution or vengeance. People have a right to exercise their membership of the party,” said the PNP president.