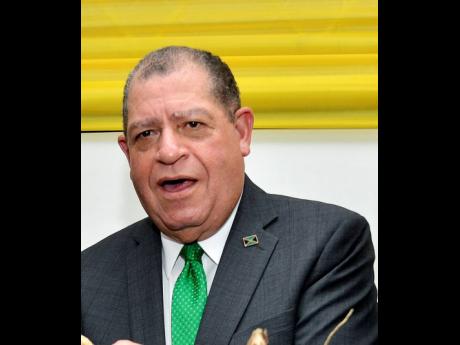 More than a year after Minister of Industry, Commerce, Agriculture and Fisheries Audley Shaw requested that the auditor general conduct an audit of the Sugar Transformation Unit, work is yet to get under way, and there is no indication as to when it will start.

“The audit has been incorporated in our work plan to be undertaken as soon as resources become available,” said director, corporate planning and public education at the Auditor General Department Siran Mitchell Bent in response to questions from The Gleaner.

After questions arose over the Cane Expansion Fund last September, Shaw told cane farmers at a meeting that an audit would be done.

He had just heard that loan repayments by cane farmers for 2017 had been frozen as a result of a ministerial decision and that only 36 per cent of the outstanding 2018 loan portfolio had been collected.

“I have already written formally to the auditor general and to the Public Accountability Inspectorate (PAI) of the Ministry of Finance. That’s an inspectorate that I set up when I was there. So both the PAI and the auditor general have been requested by me, in writing, that I want the Sugar Transformation Unit to be audited. They are the cover, so if they are being audited, then the Cane Expansion Fund will automatically be audited as well,” Shaw said.

During a meeting with Jesús Orus Baguena, then head of cooperation for the EU delegation to Jamaica in June 2016, Shaw’s predecessor, Karl Samuda, acknowledged inefficiencies in relation to the allocation of loans under the Cane Expansion Fund.

Samuda had said that recommendations made by auditors following a 2012 management audit were being implemented.

But Shaw, who took the reins of the agriculture ministry in March 2018, seems discontented although he has not said why he wants the audit.