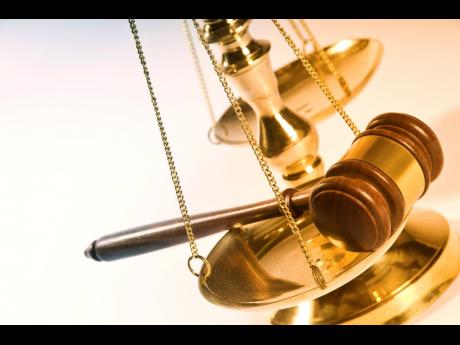 Three police constables who reportedly held a teenage boy with an illegal gun and threatened to kill him unless his relatives paid them $2 million have been fined and given suspended sentences.

Adrian Jackson, Lueshane Bryan and Rameon Wellington were each given a three-year suspended prison term for perverting the course of justice and fined $250,000 each for breaches of the Corruption Prevention Act.

The sentences were imposed by Justice Evon Brown in the Westmoreland Circuit Court yesterday.

The three cops, ranging in age from 24 to 27 years old, were also charged with kidnapping and extortion, but those charges were withdrawn by prosecutors before they pleaded guilty earlier this year.

“That is not even a slap on the wrist,” one law-enforcement officer fumed after the sentences were handed down.

The three cops were arrested and charged arising from an incident in Haddo, Westmoreland, on August 5, 2017.

According to prosecutors, the cops were on patrol duties when they signalled a bus travelling from Montego Bay to stop. During a search, they allegedly found an illegal firearm in the bag of a male passenger who they handcuffed and placed in back seat of their service vehicle.

The man complained to investigators that while driving around with the cops, they told him they were going to kill him, before enquiring “what he could do for himself”.

That’s when the man said he called his mother and the policemen demanded $2 million for his release.

What happened next was like the script out of a movie.

Prosecutors say the woman reported the incident at the Santa Cruz Police Station in St Elizabeth and police personnel there drove her to Westmoreland.

The woman arranged to meet up with the three rogue cops in Ferris, Westmoreland, but said they quickly suspected that it was a set-up and sped off, eluding their colleagues from St Elizabeth.

According to prosecutors, the rogue cops placed two knives and a pair of scissors in the man’s bag, tossed the illegal gun into bushes, and told him he would be charged for the knife and he “should not speak about the gun”.

The man was taken to the Whithorn Police Station, also in Westmoreland, by the rogue cops about 7 a.m. the following day, when his mother and the team of police personnel from St Elizabeth showed up.

They were subsequently arrested and charged.