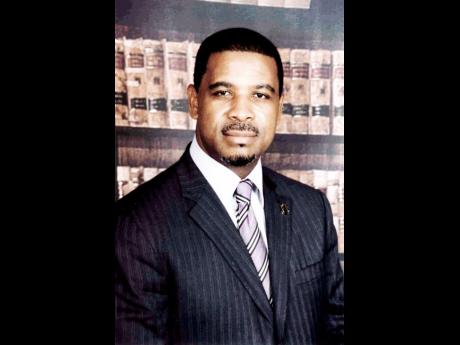 Justice Paul Harrison yesterday rejected an application to discontinue the corruption trial against former Turks and Caicos Premier Michael Misick and eight defendants, saying there was indeed a case to answer.

The judge yesterday said there was sufficient evidence to continue the high-profile, high-stakes corruption trial of a former Progressive National Party (PNP) government administration, including Misick and four of his ex-Cabinet ministers.

The eight accused are fighting to defend their not-guilty pleas.

The prosecution and the judge, however, are of the view that the trial, which is expected to run for another two years, is warranted.

Even though the no-case submission was filed in unison by the nine people accused of malfeasance, going forward, each defendant will have to try to disprove the evidence presented by the prosecution individually.

The prosecution wrapped up its case almost a year ago.

It will likely mean new witnesses will be called in the effort to discredit prosecution witness testimony and it is far less likely that defence attorneys will progress directly to summation.

Defence attorneys previously lamented the sheer volume of evidence presented for them to sift through. It includes more than 200,000 pages of documents and 2,000-plus witness statements.

In January, the lawyers demanded the trials be dismissed because the Crown had failed to make them “manageable”. Judge Harrison disagreed, adding that the long delays experienced had been unavoidable.

Misick himself is fending off a litany of charges including conspiracy to receive bribes, conspiracy to defraud the government, and money laundering.

Prosecutors also claim endemic corruption saw public officials line their own pockets with under-the-table dealings, many of them pertaining to the sale of Crown land.

The Crown asserts that various bribes were received between 2003 and 2009 in relation to eight separate developments when the political defendants were in office.

The conspiracy is said to have taken place between four members of the then Cabinet, namely Misick and ministers Floyd Hall, McAllister Hanchell and Jeffrey Hall.

Other allegations centre on the way political donations were spent, including a charge of conspiracy to defraud the then ruling PNP and its members of donations.

The other two defendants on trial are former Health Minister Lillian Boyce and attorney Melbourne Wilson.

The cost of the near 10-year-old investigation and trial has mounted to $100 million.

The trial is adjourned until September 9 when Michael Misick is said to be among those expected to take the stand.