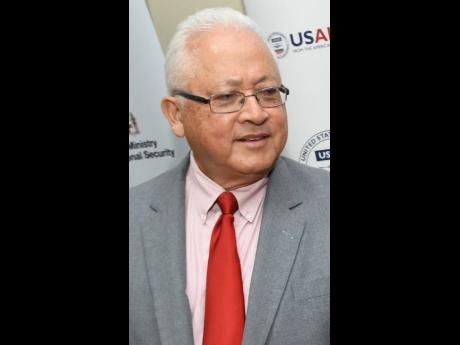 Justice Minister Delroy Chuck has come to the defence of judges facing fresh criticisms over perceived slap-on-the-wrist sentences, even as he insisted that the sanctions they impose should serve as an “emphatic denunciation” of criminal conduct.

In fact, Chuck asserted that the media are being unfair to members of the judiciary.

“Too often, they (media) highlight one or two cases which seem to be out of the norm without appreciating that 99 per cent of the sentences are appropriate, some of them may even be harsh,” he reasoned.

Last week, a High Court judge imposed a sentence of six years in prison at hard labour on Jeffrey Campbell, a St Catherine man who pleaded guilty to two counts of manslaughter for the stabbing deaths of 80-year-old returning resident Winnifred Williams and her 58-year-old son, Michael Williams.

On Monday, three police constables who held a teenage boy with a gun and threatened to kill him unless they were paid $2 million were each given three-year suspended prison terms and fined $250,000 for breaches of the Corruption Prevention Act and perverting the course of justice.

Senior law-enforcement personnel have criticised the sentences, arguing that “they undermine the rule of law”.

“This is how jungle justice start,” one law-enforcement officer commented.

Attorney-at-law and private-sector leader Howard Mitchell acknowledged that he was not aware of all the facts, but suggested that based on media reports, the sentence in the Campbell case was “not rational”.

“I have noticed the apparent anomalies in sentencing,” Mitchell told The Gleaner yesterday, making it clear he was giving his personal view.

Chuck acknowledged that Campbell “definitely went out of his way, not only to hurt, but to kill these people”.

“He has absolutely no basis for mercy to be extended to him,” he added.

However, Chuck indicated that the judge was duty-bound to take several things into consideration, including the fact that Campbell pleaded guilty and saved the court an “enormous” amount of time and was in custody for nearly five years awaiting trial.

He noted, too, that the six-year sentence imposed by the judge, coupled with the four and a half years Campbell spent in custody awaiting trial, meant that the convicted killer will serve a total of 10 and a half years for the crimes.

“So, I cannot see any reason to be critical of the learned trial judge or the sentence that was imposed in this case,” he insisted.

Chuck said there was value in not “imposing a sentence that is most severe and at the harshest level” at times, “because persons who plead guilty have the opportunity to reform and go straight”.