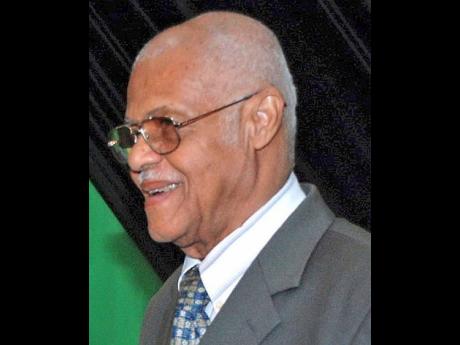 Late veteran journalist Ken Chaplin has left an indelible mark on a profession in which he carved his niche at an early age.

The 89-year-old Chaplin, who entered journalism in 1947 at just 17 years old and racked up several awards during his career, died on Tuesday after ailing for some time.

Known for his excellent managerial skills, Chaplin, who joined the Jamaica Information Service (JIS) in the early 1960s, was requested by the Government in 1984 to spearhead the establishment of the national news agency, JAMPRESS, replacing the JIS Editorial Department.

Retired civil servant, Calpurnia Campbell, who was Chaplin’s secretary from 1984 until he left JAMPRESS in 1993, said he catered to the welfare of staff.

In a tribute yesterday, Patterson said Chaplin’s life embodied the very essence of service of the highest standards in one’s chosen profession, which, for him, was journalism and media relations.

“He was the consummate professional who was true to his calling and dutiful in carrying out his responsibilities. Ken is remembered as someone who was competent, fair, firm and respectful in executing his tasks and personable in his everyday demeanour,” Patterson said.

“His exceptional knowledge of the Jamaican media landscape assisted the Office of the Prime Minister in its outreach to the media fraternity and, so doing, was invaluable in the processes of communication and public information management, dissemination and feedback,” he added.

Chaplin also served twice as president of the Press Association of Jamaica.

Also an avid sportsman, Chaplin was a football referee for 37 years. He was also the author of a biography of West Indies cricketer, Collie Smith, titled The Happy Warrior’

His illustrious work in journalism and sports saw him being inducted into the Order of Distinction in both the Officer and Commander classes by the Government.