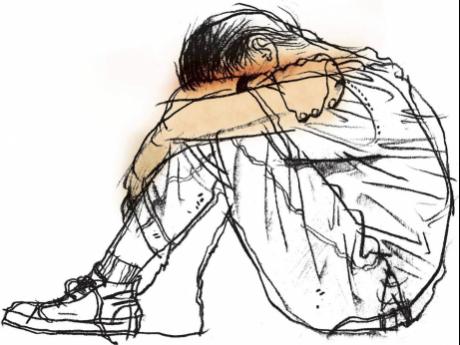 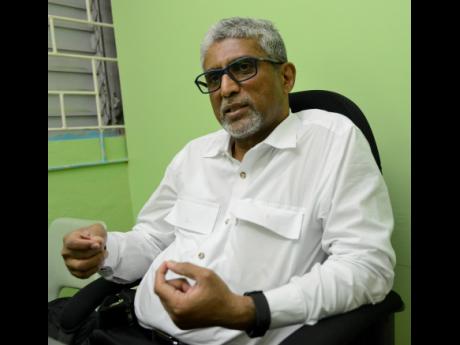 Many Jamaican children with mental health disorders are not getting access to the required interventions that could make them productive members of the society in their later years.

As a result, several of these youngsters end up turning to a life of crime, according to consultant child and adolescent psychiatrist Dr Ganesh Shetty.

Shetty, who has more than 30 years’ experience working in the area of mental health, particularly with children, said many of them also present with learning and intellectual disabilities.

The psychiatrist, who is based at the Child Guidance Clinic at the Comprehensive Health Centre at Slipe Pen Road in Kingston and who sees children with varying emotional behavioural disorders on a daily basis, said not nearly enough of them are being treated.

He explained that up to 15 per cent of children in a population could present with some form of mental health issue. With an estimated 930,000 children in Jamaica’s overall population of roughly 2.8 million people, approximately 140,000 could have a mental health or learning disorder.

Shetty explained that 10 per cent of the 930,000 – or about 93,000 – children will need some form of professional diagnosis, with a significant number needing some form of counselling to cope with such issues as a parent migrating or other problems in the home, community, or school. Such counselling, Shetty said, could be done by the school, the Church, or conducted within the community.

However, he said that roughly 46,000 Jamaican children are presenting with mental health issues that are deemed to be severe and which will require professional intervention, including hospitalisation and medication.

According to Shetty, the professionals who cater to these children, and their parents, are faced with significant challenges.

The Bellevue Hospital is the lone public mental health institution in Jamaica. At one point, it housed nearly 3,000 patients. The Government has increasingly moved away from institutionalised care to a more community-based care approach for mental health patients, significantly reducing the population at Bellevue.

The stigma of mental health persists, and many Jamaicans refuse to discuss the topic.

He explained that among the children who are in need of urgent intervention are those who are depressed, suicidal, those affected by post-traumatic stress disorder, psychotic disorder, autism, mental retardation with aggressive behaviours, those who are bipolar, and those with severe conduct disorders accompanied by aggression.

“One of our problems is that there’s no specialised unit anywhere in the country to address these problems facing our children. They are instead admitted to the general hospital short term or otherwise managed at home or at a children’s home. That is not good enough,” Shetty stated.

The psychiatrist said that some of these children inevitably come into conflict with the law. He is especially worried about those who are confined to children’s homes or juvenile correctional facilities but who are released back into the society once they turn 18. For those who may have committed an offence prior to being placed in a state-run facility, Shetty pointed out that many times, “they can’t go back to the community”.

With a severe shortage of trained personnel to deal with the problem, just 4,006 children and adolescents were seen in the public health sector in 2018 as despite some 20 child guidance clinics across the country, staff is in short supply. A trained counsellor is only available at some of these clinics once per month, the Ministry of Health and Wellness has admitted.

While The Gleaner was unable to ascertain the number of children who are seen in the private sector, the 4,006 figure is just about 1,000 more than the number referenced by Dr Maureen Irons Morgan in October 2015 when she was the director, mental health and substance abuse, in the Ministry of Health. It means that nearly four years later, the majority of young people in Jamaica with mental health issues are still not being reached.

In 2015, there were only four child and adolescent psychiatrists in the country. The Gleaner was told that the numbers may be roughly the same today.

At the Comprehensive Health Centre, the Child Guidance Clinic operates five days per week. However, our investigation revealed that in some deep-rural areas, the clinics operate just once per month. The problem with this scenario is that some children require several sessions, some as long as three hours per day depending on the severity of their problem, and that could be spread over several weeks. But there is another challenge. The parent involved is often a single mother who is unable to take time off from work to complete the sessions.

“As a result, the intervention is oftentimes inadequate and incomplete,” Shetty said.