Uchence Wilson Gang trial | A look back at key points 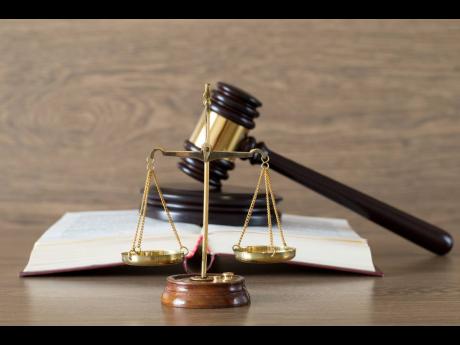 With at least six weeks remaining before the trial of reputed gang leader Uchence Wilson and his 17 alleged cronies resumes, here is a recap of key points.

During the trial, which began on March 4, a total of 37 witnesses took the stand.

Wilson’s passport, which places him outside of the country when he is said to have participated in a robbery, was also admitted into evidence.

The prosecution is relying on accomplice evidence of two witnesses, who claim to have been members of the gang.

The confessed gang members-turned-witnesses told the court that the criminal organisation would trade in stolen items, particularly electronics, at a pawnshop in the Corporate Area.

The first ex-gangster told the court that when he went to the pawn store, he dealt primarily with accused Ricardo Serju and Ricardo Stewart.

He also said that Serju advised him to get others to trade the stolen items to avoid arousing suspicion.

It was said that the money obtained from these items was used to rent vehicles to assist them in their illicit activities.

Evidence was also given by the former gangsters that accused Donovan Cole made orders for specific vehicles, which were then subsequently supplied to him by the gang.

They said that Cole also helped to get other stolen vehicles sold.

In no-case submissions made in July on behalf of the accused, excluding Lamonth, defence attorneys rejected the assertions made by the prosecution suggesting that they had not proven their clients’ involvement in the gang beyond a reasonable doubt.

However, presiding judge Chief Justice Bryan Sykes ruled that only Junior Rose and Shadday Beckford had no case to answer because the prosecution offered no evidence against them.

Days later, Judith Johnson was released after the prosecution indicated that it did not have enough evidence against her.

Tevin Khani, Cornell White, and Tashina Baker were also eventually freed due to a lack of evidence.

The trial resumes in September.