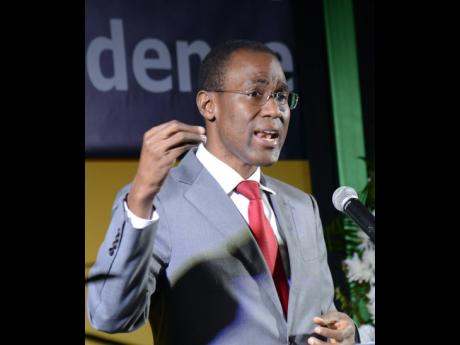 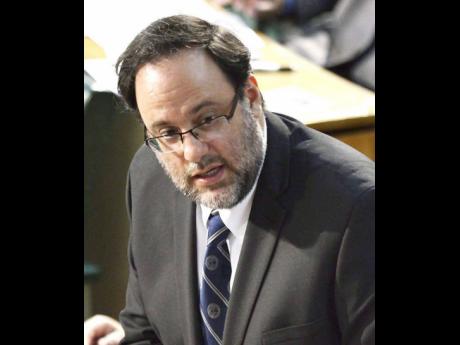 .Finance Minister Dr Nigel Clarke has fired back at critics of the Andrew Holness administration following news that poverty had increased in Jamaica in 2017.

A document tabled in the Senate last Friday revealed that in 2017, 19.3 per cent of Jamaicans were living below the poverty line, up from 17.1 per cent in 2016.

Opposition Spokesman on Finance Mark Golding wasted little time in pouncing on news and pointing the finger at the Jamaica Labour Party administration, which took over the reins of Government with a one-seat majority following the 2016 general election.

“It is clear that the additional indirect taxes of over $30 billion imposed by the JLP Government to pay for their ‘1.5’ election gimmick has worsened poverty in Jamaica. The Opposition warned that this would happen. Low-income wage earners, unemployed, pensioners and micro-business operators, who were already existing on the edge of survival, have been made to bear these additional taxes while receiving no benefit from the election income tax break,” Golding argued.

The finance minister has rubbished Golding’s argument, describing his assertions as “wild” and “grand” and not based on facts.

“The crux of the opposition spokesman’s assertion was that the increase in the poverty rate from 17.1 per cent in 2016 to 19.3 per cent in 2017 was due to the Government’s popular 2016 and 2017 increase in the income tax threshold to $1.5 million for all working Jamaicans, which was financed by increases in indirect taxation,” Clarke said.

“If Golding’s narrative were correct, we would have expected to see poverty rise uniformly across Jamaica in 2017 vs 2016. We would also expect that overall poverty should have increased in 2016 vs 2015, considering the switch to indirect taxes began in May 2016. But neither of these happened,” he added.

“His comments on the matter seemed to be more politically motivated and self-serving. A frank analysis of Jamaica’s challenges requires a more thoughtful approach that considers the underlying data,” the finance minister charged.