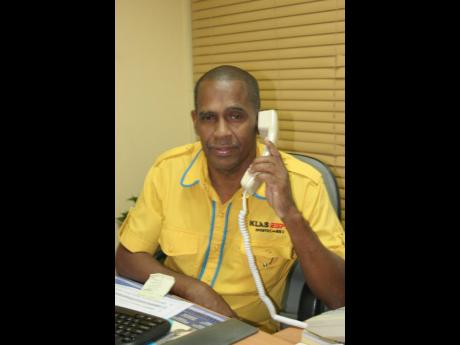 When veteran broadcaster Tony Young did not turn up for work on Saturday for his ‘Sports Fusion’ radio show, his colleague at KLAS FM, Victor McFarlane – whom Young was to relieve – took up the mantle as he was accustomed.

Little did the announcer and producer know that after completing the show on Saturday evening, he would receive some devastating news.

“I was at work and he was to relieve me at1 o’clock, and then in our work WhatsApp group, we were informed that he was in hospital since early in the morning. So I said, ‘Fine, I would just work his shift,’ and then when I finished his shift, another message came through that he had passed away,” McFarlane told The Gleaner.

McFarlane said that he had worked closely with Young, who was also MC at his wedding reception and a long-time mentor.

“I have worked really close with him on air and on OBs (outside broadcasts). I learned so much from him. He gave me a chance to announce things like Grand Gala and the different national Festival competitions. He could have done them himself as programmes manager, but he would bring me in and produce it and guide me along the way and that’s how I learnt in the early 2000s how to do certain types of interviews and host programmes and so forth,” he recalled.

“Even though we knew Tony was unwell, it still came as a shock,” McFarlane added.

“Longevity is something that I think can be attributed to Tony Young. He remained ever fresh being a Young,” McFarlane said, reflecting on his late colleague’s work ethic and endearing qualities. “Also, I think [he had an] ability to work with just about anybody. He has worked at several radio stations and thrived wherever he was – Love FM, Roots FM and coming from the big stations of the ‘80s and being here at KLAS for so many years.”

His brother-in-law, Clive Campbell, was still trying to come to grips with the news when The Gleaner caught up with him at the Denbigh Agricultural Show in Clarendon yesterday.

Campbell said the family had lunch at The Courtleigh Hotel in Kingston last Friday, where Young gave them a “golden moment”.

“Tony was talking about things from his childhood days. This went [so] way back that even his sister, my wife, Sharon, was surprised because she was hearing them for the first time. It was a moment of bonding, a golden moment that we will have to cherish for years to come,” he said.

Campbell said that Young had been battling complications associated with diabetes for several months and about 4 a.m. on Saturday, the broadcaster started experiencing shortness of breath and pains and was rushed to Medical Associates Hospital. He was then transferred to the intensive care unit at the University Hospital of the West Indies, where he died.

‘Tony Young is one of the most kind, jovial, good-hearted persons I know,” Campbell said, adding that the news had stunned him for several hours.