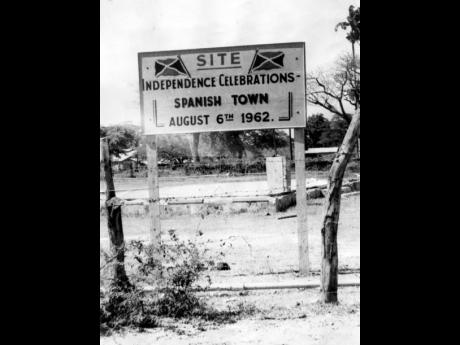 Gleaner Archives
SPANISH TOWN INDEPENDENCE SITE: A seven-acre lot at the corner of Burke and March Pen Roads in the Old Capital being prepared as the site of the town’s independence celebrations in this July 12, 1962 Gleaner photo. The lot, which belongs to John R. Wong Ltd and is the location of a future shopping centre is being equipped with booths, water and sanitary facilities for the accommodation of the crowds which will gather there to celebrate their country’s independence. 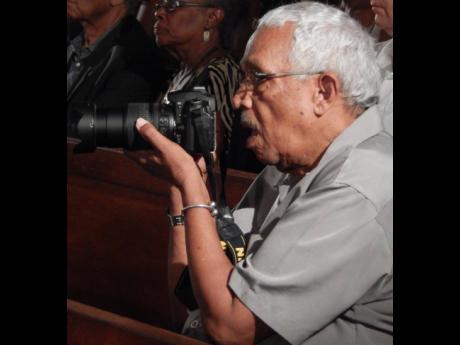 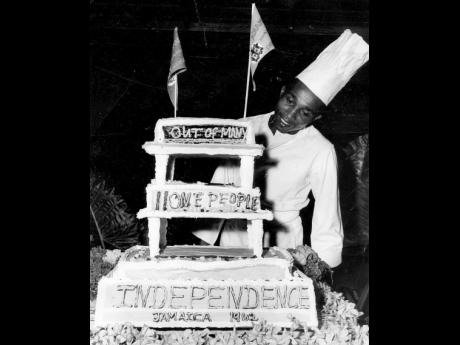 Contributed
A cake made for the Independence celebrations in 1962.
1
2
3

When Jamaica gained Independence from Britain on August 6, 1962, Franklyn ‘Chappy’ St Juste was among the cinematographers capturing the celebrations for posterity at the National Stadium.

St Juste had only migrated to Jamaica from Trinidad and Tobago a few years before and was working in the Jamaica Information Service’s Film Unit.

In an interview with The Gleaner on the weekend, he relived the behind-the-scenes role the production crew played in the birth of nationhood.

He recalls that the celebration was being organised by a colonel who “seemed to be going around to all these different countries and telling them how to organise their Independence celebrations”.

In the lead-up to Independence Day, the film crew put in hours of planning, covering all bases. The intense preparation paid off as they only found out on the night of the event that no cameramen would be allowed on the field as the activities unfolded inside the National Stadium.

The newly built stadium was well decorated with flags and bunting in the colours of the Jamaican flag: black, green and gold.

“We filmed them in the night doing all the commands – the royal salute and things of that sort – and also we filmed the flag when it unfurled in the wind,” he told The Gleaner.

He recalls that the flag had been on an islandwide relay leading up to the moment it was hoisted at midnight on August 6 before thousands of Jamaicans and foreign dignitaries, including Princess Margaret and her husband, Lord Snowdon, who were representing The Queen.

FESTIVITIES OF THE NIGHT

“A highlight of the Independence celebrations that night was the flag, [which] was taken on an islandwide relay run,” St Juste said.

The veteran cinematographer said he filmed the start of the relay in Kingston and the other legs were captured by other crew members.

St Juste recalled the festivities of the night with the women in the mass choir were dressed in bandana skirts and white blouses and performances by cultural icon Louise Bennett-Coverley, as well as musician Sonny Bradshaw and his orchestra.

“There were fireworks, lots of fireworks. The stadium was full and, for me, that was a very moving experience,” he said. “I was not a Jamaican. I had just come to Jamaica about five or six years before that, but seeing this thing taking place, I felt Jamaican ... . [Now], I am proud to be a Jamaican citizen. When I go to Trinidad, I say I’m Jamaican,” said the naturalised Jamaican.

The celebrations were not confined to the stadium, as street dances were held in Papine, Harbour View, on Molynes Road, in Trench Town, Grants Pen and on King Street.

There was more work to be done even after Independence Day had passed.

“I went to different schools to film the reaction because they got drinks and things. Cups, mugs, flags were handed out.”

As the years rolled by, Chappy developed a deep love for Jamaica’s cultural expressions.

“The following year (1963), Mr Seaga started Festival and I became involved in that. I made the first film ... . I felt that it was a really great opportunity to remind us about who we are and where we’re coming from ... . Each year, there is a special feeling I have about the Independence of Jamaica and also Festival,” he said.

The film, The Nation is Born, which tells Jamaica’s Independence story, is broadcast annually to commemorate the achievement.

“It’s very nostalgic for me when I look at it. I remember the times when I didn’t get a chance to breathe. I was so busy doing things ... . By making a film, I would be putting forever on record what took place and that was very important,” said St Juste.

He later went on to help Guyana film its independence celebrations in 1966.

“I always like to look at the Grand Gala because I like to compare it to the CARIFESTA (Caribbean Festival of Arts) that we had in 1976,” he said.