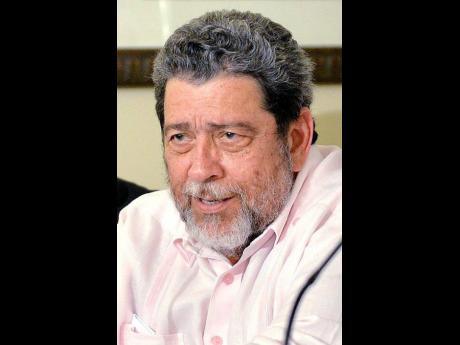 Schoolgirl found dead with pregnancy test next to body

Police are awaiting the outcome of an autopsy to determine the cause of death of a 15-year-old secondary school student, who was found dead at her home late Monday with a positive pregnancy test next to her body.

Police said that the body had been found in the bedroom in the house at San Juan by her 13-year-old sister.

The authorities said that the secondary school student had earlier complained to her father of feeling unwell, and was having severe stomach pains and vomiting.

The father is reported to have given his daughter tea and medication to ease the pain.

Police said when her body was discovered, they found next to it a teacup with clear liquid; a home pregnancy box, which contained two utilised tests, both with an indication of a positive pregnancy test; and a transparent packet with markings ‘Amoxil 500mg’, containing a number of red and yellow capsules.

Prime Minister Dr Ralph Gonsalves is leading a delegation to Taiwan as St Vincent and the Grenadines gets ready to officially open an embassy there on Thursday.

The ceremony is being held even as the main opposition New Democratic Party maintained that it will switch diplomatic recognition to China if voted into office in the next general election.

The office of the Prime Minister said there will be an official ceremony to mark the opening of the embassy and will be attended by Gonsalves and Taiwan President Tsai Ing-wen, her Minister of Foreign Affairs Jaushieh Joseph Wu, as well as the ambassador designate Andrea Bowman.

It said that Gonsalves, who is celebrating his 73rd birthday, will unveil a sign to mark the official opening of the embassy and in the process remove the tag that St Vincent and the Grenadines had been the only of Taiwan’s 17 allies without an embassy in the country.

A 27-year-old mother will know her fate on August 12 after she pleaded guilty to the wilful neglect of a child, who was found by police standing alone on a street in Trinidad during the early hours in June.

Senior Magistrate Jo-Anne Connor placed Salisha Shallow on her own bail after the San Fernando Magistrates’ Court, south of here, heard that police from the Marabella Police station were on patrol at 1 a.m. on June 27 when they spotted the six-year-old child standing in the road alone.

The court heard that the mother had gone to the drugstore.

The police went to the drugstore where the mother said she had gone to make some photocopies.

Attorney Cedric Neptune pleaded for the Chief Magistrate to temper justice with mercy, since Shallow is the mother of two and on that night, she believed she could have made it back home from the drug store before her daughter awoke.

The Trinidad Petroleum Holdings Limited on Wednesday said a 10-member committee had been appointed to evaluate the bids for the sale or lease of the oil refinery of the former state-owned company, PETROTRIN.

The refinery was shut down last November and last month, the Ministry of Energy and Energy Industries said statements made by the President General of the Oilfields Workers Trade Union, Ancel Roget, regarding a preferred bidder to operate the refinery that was shut down as part of the exercise to restructure the loss-making PETROTRIN, were inaccurate and intended to create an issue where none exists.

Roget had called on the government to clear the air on the acquisition of the refinery, telling reporters that the union had been bombarded with calls since a recent statement by Energy Minister Franklin Khan, whom said had used a public platform in Point Fortin to alert the country to his knowledge of the outcome of a process that had not been completed as yet.