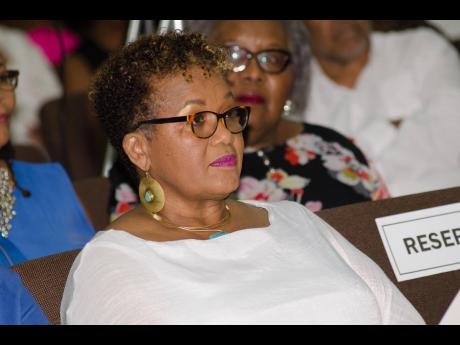 Independent education consultant Esther Tyson believes that the Caribbean Maritime University’s (CMU) brand has suffered as a result of the revelations coming out of corruption investigations also involving former Minister of Education Ruel Reid and the Ministry of Education.

“The fact that they now have to take down the wall of fame of persons who contributed to the development of the institution is symbolic of just the lack of credibility that the institution now faces,” Tyson told The Gleaner yesterday.

Tyson recalled when she was interim principal at Tarrant High School and how enthusiastic she was about the offerings at the CMU.

“The skills training that they were offering to students, I thought they were very relevant to the 21st century and would prepare them to meet the demands of the market,” she said of the CMU, which is the only maritime university in the Caribbean region.

“I was extremely disappointed to hear and to find out what was happening in terms of, it seems to me, a lack of accountability structure and transparency in terms of the management of the institution,” Tyson lamented.

Tyson said that Jamaica needs to become serious about accountability and transparency at all levels.

“I believe that the audit that is being done needs to be thoroughly completed and the findings made public ... . As a nation, there are too many times when there are really no outcomes of persons who have misused their positions of responsibility.”

She added that as a parent, she would have doubts about the moral standards on which the institution is based and even the credibility of the training being offered.

“One of the things I liked about the programme was the discipline. The students were expected to conduct themselves in a way which reflected on a good system ... . What is the moral authority that they’re going to have now to hold those students accountable for their behaviour?” Tyson asked.

She further suggested that the leadership of the school conduct focus groups with new and returning students to hear their views about what has happened with the university and make suggestions as to how they can mitigate the damage that has been done to the name of the school.