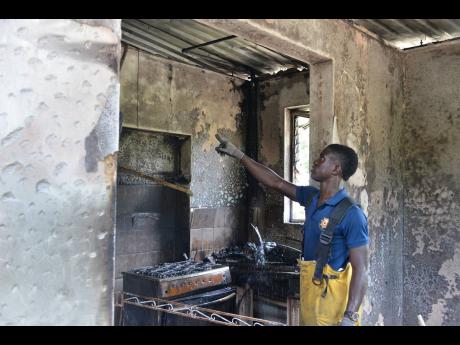 Kenyon Hemans
A fireman examines a section of the Jamaica National Children’s Home in Papine, St Andrew, that was badly damaged by a fire on Friday night. 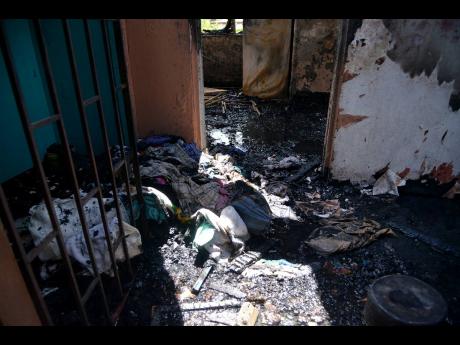 Kenyon Hemans
All 41 children (23 girls and 18 boys) and seven caregivers were accounted for, and no injuries were reported, but they lost several items 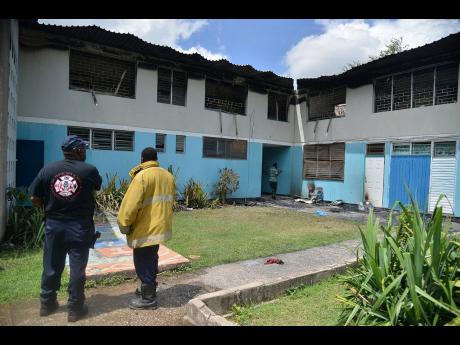 Kenyon Hemans
The Jamaica National Children’s Home in Papine, St Andrew, that was badly damaged by a fire on Friday night.
1
2
3

Prime Minister Andrew Holness has indicated that his administration will be moving quickly to rebuild the 46-year-old Papine-based Jamaica National Children’s Home, which was damaged by fire on Friday night.

Six units fought the blaze, which destroyed the entire upper floor of the two-storey St Andrew-based facility. The damage is estimated at $300 million.

Following Friday’s fire, all 41 children (23 girls and 18 boys) and seven caregivers were accounted for, and no injuries were reported.

The Child Protection and Family Services Agency (CPFSA) said the children have been relocated to another childcare institution. All the children were said to be settled and in high spirits.

“I had the opportunity to speak with some of the children last night. They are all very smart and outspoken and in good spirits despite the unfortunate events of the evening,” said Holness.

He noted that this was the third fire at a children’s home in the past two years and promised that the Government would “be taking a closer look at state homes to ensure that our wards are safely housed”.

Last January, 34 children were rescued from the 45-year-old Walker’s Place of Safety after a fire broke out at the facility and killed two wards of the State. At the time, it housed 36 children between the ages of two and 18 years.

A fire also broke out at the Wortley Home in Constant Spring in 2017.

This latest fire at a children’s home comes months after the Supreme Ventures Foundation announced that it would partner with the Ministry of Education, Youth and Information to improve fire safety and security at 30 children’s homes at a cost of $40 million.

The project will be implemented over two years, and the first steps include fire assessment at all homes by the Jamaica Fire Brigade. Homes with the greatest needs will get the earliest attention.

The CPFSA said that a full assessment and inventory of needs is being prepared in an effort to restore normality for children and staff of the Jamaica National Children’s Home.

Immediate needs are clothing, shoes, personal-care items, and toiletries. Donations can be made at 9 Christopher Road, Stony Hill, St Andrew, daily between the hours of 9 a.m. and 4 p.m.