Continue to be faithful to Garvey movement, urges Moss-Solomon 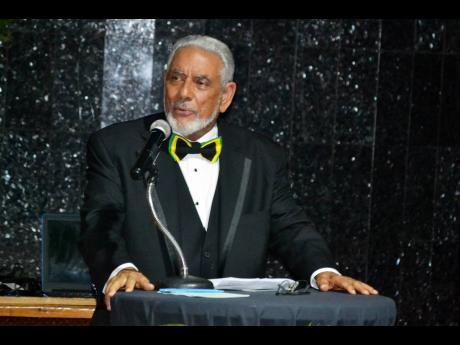 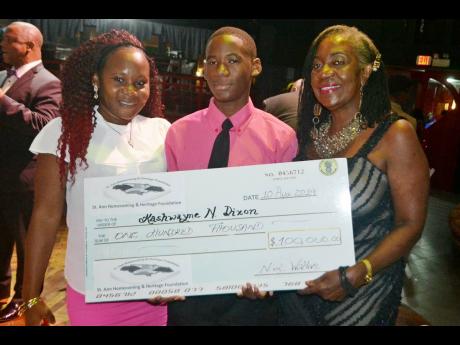 Describing himself as the most unlikely Garveyite because of his mixed heritage, businessman James Moss-Solomon has urged followers of National Hero Marcus Mosiah Garvey to be faithful to the Garvey movement.

Delivering the keynote address at the 14th annual awards banquet of the St Ann Homecoming and Heritage Foundation (SHHF), held Saturday night at the Jewel Dunn’s River Hotel in St Ann, Moss-Solomon said that several of Garvey’s philosophies have been adopted by politicians without giving him the credit.

Moss-Solomon traced Garvey’s business exploits, which included restaurant, laundry, tailoring, and dressmaking enterprises and which pre-dated several United States chain stores that are now in existence, saying that they were “representing black ownership, black manufacturing, black distribution, black consumers, a script later promoted in this country in the 1970s without any reference to Marcus Garvey; employee share ownership, all those words coming out of the late Hon Michael Manley and the late Hon Edward Seaga, and prior to them, coming out from the most famous Jamaican politician in support of manufacturing, Bobby (Robert) Lightbourne.”

Said Moss-Solomon: “But nobody referenced this to Garvey’s thoughts. They should report them for plagiarism. Nobody in the modern day has given credence to the man who was recognised as one of the major philosophers of the 20th century.”

Moss-Solomon said that when the Garvey-founded Universal Negro Improvement Assocation held its national convention at Madison Square Garden in New York City in 1920, with a capacity crowd of 20,000, most of the attendees were women, yet no one has credited Garvey for empowering women at the time.

The businessman lamented that nothing about Garvey is being taught in schools while Jamaicans “languish for want of understanding”.

Custos of St Ann Norma L. Walters, citing the adage a king is without honour in his own land, urged the SHHF to be unapologetic in its honouring of the Right Excellent Marcus Mosiah Garvey, Jamaica’s first national hero.

The mission of the foundation is to instil pride in the rich heritage and culture of St Ann as well as the island of Jamaica, with a strong focus on Marcus Garvey’s contribution to Jamaica and the world.

The contribution of the SHHF so far this year has included a ‘Children-of-the-Village’ mentoring programme, held in conjunction with the HEART/NTA North East Region and which benefitted several students attending the St Ann’s Bay Primary School.

At Saturday’s event, the SHHF went a step further and awarded the first SHHF Scholarship, valued at $100,000 annually, to a student of the Marcus Garvey Technical High School.

The awardee, Kashwayne Dixon, who will enter grade eight in September, was happy for the scholarship.

“I feel wonderful and delighted and I promise to keep doing well,” Dixon told The Gleaner.

His mother, Debby-Ann Ricketts, was equally excited and also grateful for the award.

“I’m excited, I’m just really excited and I’m really proud of him. He deserves it, he works very hard and I really and truly try with him as a single mom,” Ricketts said.

The SHHF also paid tribute to businessman Doug Halsall, of Advanced Integrated System, and the Jamaica Money Market Brokers, with both receiving corporate awards, and to the Heart Trust/NTA, which was awarded in the area of public service.