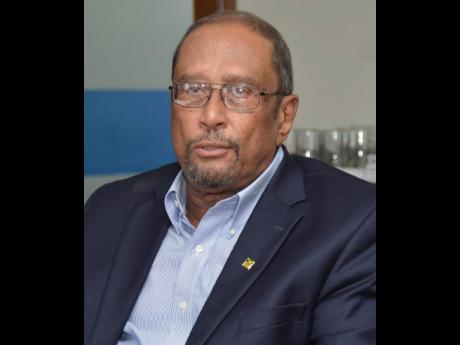 The Private Sector Organisation of Jamaica (PSOJ), seeking to usher in a new style of politics, is moving to ensure that its members examine the conduct of political representatives before making financial donations to their campaigns.

PSOJ President Howard Mitchell disclosed yesterday that the lobby group plans to move a resolution at its next annual general meeting that will require members to examine “very closely the background [and] the context in which the political parties operate” before making any donation.

“What we are saying is not just aimed at those two ... . It’s aimed at both of the political parties. Let us have a new brand of politics. Let us try to lift and reform our politics to fit the 21st century,” Mitchell told The Gleaner yesterday.

“[Politicians need to] break away from the garrison behaviour and the bad-boy behaviour and deal with issues rather than just cussing. We strongly feel, in the private sector, that it’s time our politics grows up,” he continued.

Phillips told supporters at his Manchester North West constituency conference on the weekend that “no Labourite can come ya and go on like North West Manchester a dem yaad because when wi tek road, all boy haffi run weh and all gyal pickney haffi tek weh demself”.

Waite was captured on video referring to supporters of the governing Jamaica Labour Party as “nasty nayga” during a rally in which he was officially presented as the party’s standard-bearer in St Elizabeth North East.

The comments triggered a harsh rebuke from the PSOJ, which issued a statement describing the statements as “disgusting, disrespectful, and potentially dangerous outbursts”.

Mitchell said that the PSOJ felt it had to intervene .

“I think you will see the private sector, more and more, saying, ‘Hold to the codes of conduct that you have developed and follow them’,” the PSOJ president said.

“There is a causal link between intemperate language and behaviour of our leaders and indiscipline and aggression among our followers, and our leaders – especially bright, young men like Mikael and Basil – need to understand that link and set an example,” he continued.

“If this was interpreted as derogatory to my political opponents and generally offensive to others, I am expressing regret,” he said in a statement.

The PSOJ boss, in accepting both apologies, said he understands “platform energy” but warned of the attendant dangers.

“When you link it with violent music or music that portrays violence and gun behaviour in a context where we know that we are speaking to easily influenced people, then we think that that is not appropriate leadership behaviour,” he said.