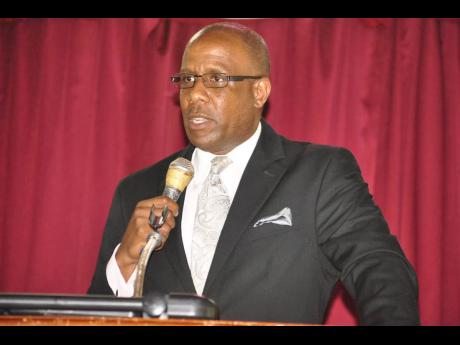 A Seventh-day Adventist (SDA) leader has come out swinging against what he labelled as discriminatory practices against members of his faith by business process outsourcing (BPO) firms.

In a sermon at the Kencot SDA Church in St Andrew on Saturday, Nigel Coke, communication director at the Jamaica Union Conference of Seventh-day Adventists, claimed that members of the faith were being refused employment at BPO firms – one of the fastest-growing employment sectors in the country – because of their inability to work on Saturdays.

Saturday is the day of worship for Seventh-day Adventists. The church is the largest protestant denomination in the country.

“It has come to my attention that despite the significant growth in the BPO, Adventist members are not benefiting. This, I am reliably informed, is because this sector does not employ Seventh-day Adventists because of the Sabbath. Once they disclose that they are Adventists, they are told that the hours of work are not flexible to accommodate their day of worship or rest,” Coke said.

He added that although there are Seventh-day Adventists employed in the sector, some comply with the strictures laid down by employees for economic reasons.

“Let me be clear that I believe there are Adventist members employed in the sector, but because of the economic reasons, they bow to the pressure and break the Sabbath from time to time, maybe not every week. A few may have left the church because of the Sabbath and work,” he told the congregation.

He said while he understands the nature of the services of the BPO sector and its obligations to clients around the world, arrangements can be provided under their shift system to accommodate Seventh-day Adventists. Pointing to the passing of the Employment (Flexible Work Arrangements, FWAs) (Miscellaneous Provisions) Act in 2014, he argued that it did not appear that the BPO sector has implemented flexi-work arrangements.

“Clearly, the BPO sector might not have implemented FWAs and so are able to say to Adventists that they cannot be accommodated,” he said.

“I, therefore, call upon Mr Pearnel Charles Jr, minister without portfolio in the Ministry of Economic Growth and Job Creation, to investigate and intervene in this area of great concern because it cannot be that we have such a fast-growing area of employment in this country and Adventists are denied employment,” Coke said. “I also call upon the president of the PSOJ (Private Sector Organisation of Jamaica), Mr Howard Mitchell, and Mrs Gloria Henry, president of the Business Processing Industry Association of Jamaica (BPIAJ), to assist where possible.”

Responding to Coke’s accusations, Henry said she had no knowledge of discriminatory practices against Seventh-day Adventists within the BPO sector.

“We encourage diversity. It’s what we’ve always done,” she told The Gleaner.

Henry explained that employees work 40 hours per week, and as long as they are willing to work on Sundays to make up the hours, there is no hindrance to qualified persons seeking employment in the sector.

However, she said the BPIAJ would look into the allegations raised by Coke.

When contacted, Charles, who is a practising Adventist, also said he was not aware of discriminatory practices against religious groups, but indicated that he would investigate the matter.