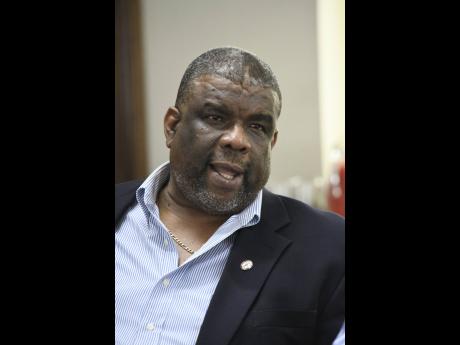 Health officials have been moving to calm fears after a work crew excavating an area at the Cornwall Regional Hospital on Monday stumbled upon poorly discarded medical waste.

Western Regional Health Authority Regional Director Errol Greene told The Gleaner that contrary to reports, no body parts were found, and the waste was contained in red plastic bags specifically designed for disposing of medical waste.

“The public health inspector told me that they collected about six bags, six regular-size garbage bags, and I am assured that there was no infections waste at all, whatsoever, in these bags, and there were no body parts,” he said.

Health and Wellness Minister Dr Christopher Tufton explained that usually, the waste is incinerated or taken elsewhere to be properly disposed of but something obviously went awry.

“Naturally, it has caused a little concern on the part of all of us. Clearly, that’s not where things of that nature are to be disposed of, but it appears to have been there for some time. What we have to do now is ensure that the place is properly sanitised and that we can resume normality,” he told The Gleaner on Tuesday.

Meanwhile, Greene, who was touring the area with the hospital’s CEO and the public health officer assigned to the institution when The Gleaner contacted him, explained that the Chinese ambassador had met with the permanent secretary and other ministry officials and was fully apprised of the situation.

The location is designated for the housing accommodation for the more than 150 workers coming in from China to help to build the seven-storey, 220-bed western paediatric hospital.

Upon completion, the hospital will provide specialised paediatric care for youngsters up to the age of 18, clearing the legal limitation that prohibits the Bustamante Hospital for Children in St Andrew from offering care to children over the age of 12 years old.