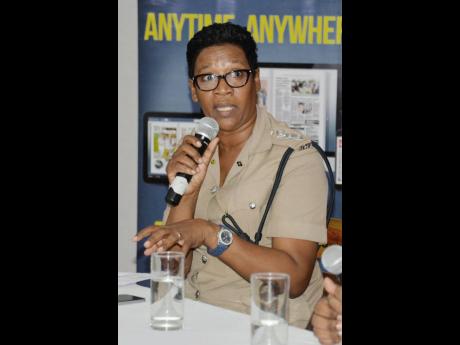 Several persons who turned out for Thursday’s Hanover leg of the Jamaica Constabulary Force’s (JCF) recruitment drive were turned away due to miscommunication regarding adjusted height ad weight restrictions for new applicants.

Earlier this week, Superintendent Sharon Beeput, the commanding officer for Hanover, had told The Gleaner that the JCF was opening its doors to shorter recruits as it looks to enlist hundreds of young persons from western Jamaica.

However, those who turned up falling below the original restrictions had their dreams dashed when they were excluded from the exercise.

“I acted on the directive I was given that the height and weight would be modified, so I was surprised when I learned that it was the old protocol that was used and that several persons were turned away,” Beeput told The Gleaner yesterday. “I want to publicly apologise to the many persons who were turned away, and I can understand their disappointment. I acted on the information that I was given, so while I was blameless in that regard, I am nonetheless disappointed that persons turned up and were turned away.”

The JCF recruiting officer who supervised the exercise, Superintendent Enid Ross-Stewart, informed The Gleaner on Thursday that some potential recruits were being turned away when they turned up at the Rusea’s High School in Lucea.

“Today is not bad. We have seen over 250 persons who have already registered,” told The Gleaner when the exercise was about to get under way. “We have turned back quite a few because of their height and shortage of subjects.

“The height for acceptance in the JCF is 5ft 5in for women and 5ft 7in for men. The matriculation requirement is four CSEC (Caribbean Secondary Education Certificate) subjects, and you must have English language,” added Ross-Stewart.

According to the recruitment officer, all the parishes in Area One – which comprises Trelawny, St James, Hanover, and Westmoreland – are to have recruitment drives as the JCF looks to beef up its numbers in short order.

“The truth is we have done recruitment drives in Westmoreland and St James since this year, so we have been in Area One twice already. Westmoreland was not bad, St James was a disaster, but Hanover is looking good today, and I am really proud to be here today to see the turnout,” said Ross-Stewart.

She said that the JCF would be staging an exposition in Area One on the last Saturday in October at a venue to be announced. Following that, a recruitment exercise would be staged in Trelawny.

“We are really seeking to find 5,000 members to join the JCF to really bring it to its establishment numbers, and to fill the attrition rate, so by 2022, we hope to have our establish numbers of 16,000 members,” the recruitment officer told The Gleaner.

Ross-Stewart said that in order to ensure that only persons of sound character are recruited, the JCF is using a rigorous vetting process, with intensive background checks and several stages of screening.

“We are seeking to find the best persons to serve Jamaica,” noted Ross-Stewart.