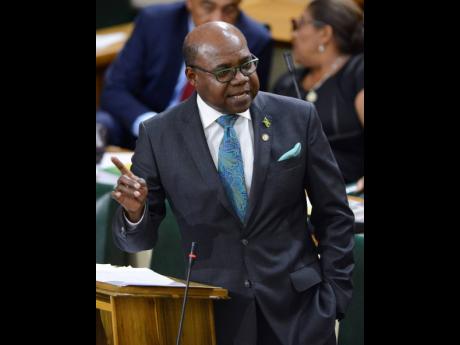 Staff members at some of Jamaica’s top hotels are reportedly being sexually harassed by guests, while their managers turn a blind eye or threaten them with dismissal if they speak out.

It is such behavioural concerns and victimisation within the tourism sector that Tourism Minister Edmund Bartlett said the Government hopes to tackle with the release of a tourism guidebook later this year.

Last week, a group of hotel workers who asked not to be identified, shared with The Sunday Gleaner that instances of sexual abuse by guests at hotels in Jamaica are seldom discussed or reported for fear of embarrassing guests and the hotel, or for fear of victimisation.

“Most of the times we will say things to our guests so as to not offend them or make them feel bad but I never expected the man (guest) to think that I liked him too,” explained one young woman, recounting a traumatic incident that followed a compliment from a flirtatious elderly guest recently.

“He just went off. He backed me up in the lobby with everybody – manager, staff, even his wife – looking, and he just grabbed me and started kissing me. Not one of them helped or said anything. Everybody stood there and laughed like nothing was wrong.”

Noting that the incident has changed her desires for a career in the hotel sector, she continued, “I was told to tell the human resource department, but that would have been a waste of time. I also didn’t report it to the police either because what are they going to do? It would be my word against his, and the hotel is not going to allow me to make a report like that to the police against a guest.”

She said it happened within the first month on the job, and in the weeks that followed, she realised that many more female workers were being verbally and physically harassed, and that some even turned it into opportunities to solicit money from the visitors to the island.

Minister Bartlett told The Sunday Gleaner that the ongoing problem has led to a review of the sector, resulting in a manual being compiled on tourism ethics and behaviour of workers towards guests and guests towards workers.

“I think there are some gaps in relationships, behaviour patterns, and also in terms of sanctions; and this is one of the reasons why we are doing the manual. We have to act with a little more haste to build out the areas of behaviours that are unacceptable and sanctions relating to it – for both workers and guests,” said the tourism minister.

The manual, he said, should be ready by mid-December, and it will serve to amplify moral and ethical practices, as well as legal and human rights which should have already been implemented by hotels.

The perpetrators, the hotel workers said, were mainly older men from other countries, who not only hissed sexual and racial slurs at women but in some instances grope, hug, kiss or gyrate on unsuspecting visitors.

“The managers, for the most part, turn a blind eye. If there are any good managers in the industry, they are literally a dime a dozen or none at all. In my case, all of it happened in such a quick space of time, and I had to leave that establishment within two months,” said a worker of a Ocho Rios, St Ann resort.

Another female worker said some of her colleagues at her Montego Bay hotel were so fearful that they always inform other staff members of their whereabouts, and avoid the many dark and unlit spaces around the property.

GAY HARASSMENT MADE ME CRY

An effeminate staff member shared that he spent hours in his room crying after repeatedly being called upon by managers to attend to any guest they perceived as homosexual at his hotel in St Ann.

Because of his speech and deportment, the homosexual guests would openly touch and grope his buttocks, call him derogatory names, and even call the front desk asking for him specifically.

“They (managers) would not let any regular staff member deal with them. They would always send me, even though they knew that I was being abused. It was very uncomfortable, and they all giggled at it as if it was something funny,” explained the male staff member, adding that there is next to little workers can do if they want to keep their jobs.

Another male entertainer at a hotel in Negril, Westmoreland, related an incident where an elderly visitor he identified as ‘Tom’ would walk around the property groping staff and other guests.

“He touched one of the entertainment staff and some other persons, and the hotel finally told him that they could not accommodate him anymore and that he should find another hotel,” said the staff member.

Last year, a United States media released bombshell allegations that several tourists were being sexually abused while on vacation in Jamaica. Since then, president of the Jamaica Hotel and Tourist Associations, Omar Robinson, and Minister Bartlett have announced increased measures to prevent such occurrences.

After months of enquiry by The Sunday Gleaner, the Centre for the Investigation of Sexual Offences and Carnal Abuse could not give an update on investigations into the allegations.