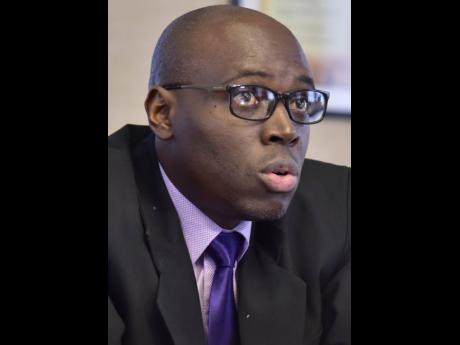 The September month-end deadline originally projected for the completion of works to relocate the Jamaica Defence Force’s (JDF) main entrance on South Camp Road will be missed, according to the National Works Agency (NWA).

NWA Communication and Customer Services Manager Stephen Shaw yesterday told The Gleaner that there is a new development in relation to the project, which initially focused primarily on intersection improvement.

“The Government has [indicated] that they will upgrade the sewer system and some new water lines are going to be put in,” Shaw said.

The project, which began in March, will be wrapped up later than originally planned, “consequent on those two things being included as part of the Government’s overall thrust to ensuring that we have water and sewerage [upgrades] as part of all major infrastructure works that we are doing,” Shaw pointed out.

At the end of the project, which is being done under the Major Infrastructure Development Programme (MIDP), a higher-capacity four-way intersection will be created at the new Cannon Ball Gate-Arnold Road entrance, with the addition of exclusive right- and left-turning lanes in and out of the JDF headquarters.

The upgraded intersection will also be signalised.

The project also involves road widening works, as well as the upgrading of sections of the existing pavement and some drainage features along the project area.

The NWA explained that by doing the underground works now for future National Water Commission projects, it will eliminate the need to disturb the road surface once it has been improved.

In June, the NWA reportedly said the project is now 40 per cent complete with sidewalk and boundary wall construction being wrapped up along Camp Road.

Similarly, works on the MIDP Legacy Projects, which have so far missed two completion deadlines, according to Prime Minister Andrew Holness, will extend beyond the start of the new school year.

In light of repeated delays and incompletion of works, Holness said on Monday during the signing of the contract for the South Coast Highway Improvement Project that he would seek to bring an end to subpar work at high cost overruns by contractors on state projects.

The Government will seek to introduce performance management contracting.

“We know of several contractors who have worked who don’t finish. They don’t complete projects on time, but yet they come back in the process. So there must be a way in the procurement process in which the past performance of those contractors features in their ability to get future work,” Holness said.