Younis remembered as a real patriot 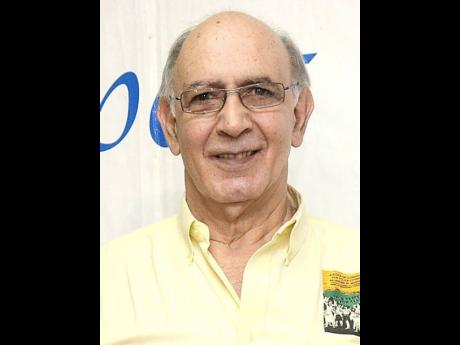 Younis, who operated businesses in the capital for more than 50 years, was a champion for the redevelopment of downtown Kingston to restore it to the pride of place it once occupied.

He also served in key roles in several business associations, including as head of the Jamaica Chamber of Commerce (JCC) from 1986 to 1991 and the Jamaica Manufacturers’ Association from 1996 to 2000.

President of the Private Sector Association of Jamaica, Howard Mitchell, yesterday expressed sadness at the news of Younis’ passing.

Mitchell noted that Younis was a committed man who gave most of his time and attention to the Jamaica Chamber of Commerce and colleagues in business.

“He was a man who made the time to listen to the complaints of the business sector. He lobbied hard and long for the betterment of the commercial sector. He will be missed,” Mitchell said.

Janet Silvera, president of the Montego Bay Chamber of Commerce and Industry, hailed Younis as “a giant of a man”.

“There’s a lot that will be written and said about the life of Sameer Younis. I, however, will recall him as a giant of a man, a true patriot who never – and I mean never – wavered for his love of country and for his passion for the working man,” she said.

“As a former president of the Jamaica Manufacturers’ Association and also the Jamaica Chamber of Commerce, he was amongst the first to understand the meaning of the term Brand Jamaica and the importance of positioning our little island on the world stage and where Jamaican manufacturers and producers could look beyond our shores and successfully compete in a global forum,” Silvera added. “Such was the nature of the man – a true visionary, who was clearly ahead of his time.”

Opposition Leader Dr Peter Phillips remembered Younis as an accomplished businessman who took the development of Jamaica as his own business.

“He was also a man who dedicated his life to public service to advance the development of Jamaica, especially in relation to the capital city,” Phillips said.