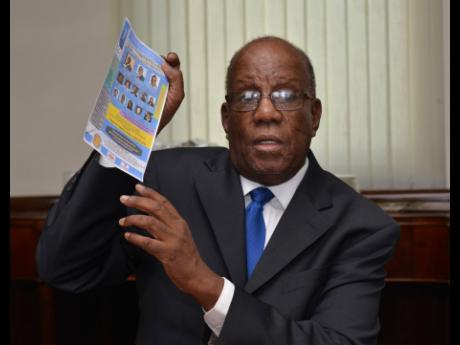 Social scientist Dr Henley Morgan is warning that some members of the security forces who took part in the Tivoli incursion in 2010 are still suffering from post-traumatic stress disorder, nine years later.

Describing them as “damaged”, Morgan said that these members of the Jamaica Constabulary Force (JCF) and Jamaica Defence Force (JDF) are ticking time bombs, for the reason that they continue to pose a threat to themselves and others.

“I personally believe that out of the Tivoli incident, there are many damaged members of the JCF and JDF – ticking time bombs – because they were not given the correct assistance they needed. Have you ever met them, have you ever talked to them, have you ever seen the kind of trauma they experienced?

“They are almost similar to someone who has been in a war zone and who is returned to society,” Morgan told an Editors’ Forum at The Gleaner’s downtown Kingston head office last Thursday.

‘Working Together to Prevent Suicide, Murder and Murder-Suicide’ was the theme of the discussion. Police, soldiers, correctional officers, and security guards were identified as the persons most likely to commit suicide or murder-suicide using firearms. This, as a result of the ease of access to legal guns they enjoy.

Morgan said that his experience as chairman of the services and ethics committee of the JCF taught him that policing is the most stressful job in Jamaica. He recounted a visited by a team of detectives from the New York Police Department who went on patrol with their Jamaican counterparts.

“They said that if they had to do policing in New York like we do, it just wouldn’t happen – riding in open vehicles down zinc fence-lined lanes with street lights shot out … .”

Consultant psychiatrist and director of medical services in the JCF Dr George Leveridge pointed out that while the forces do have a mental services branch that is able and equipped to provide effective counselling to address the risk factors of suicide and other manifestations of depression, it remains largely underutilised.

“The service is provided but is largely under utilised, maybe because of the stigma, and persons are embarrassed why they don’t access the help,” he told the forum.

Leveridge suggested that after shying away from the help that is readily available for resolving conflict in an amicable way, members of the security forces often resort to using firearms, which are easily accessible.

The everyday work environment, which provides more than its fair share of stress, is usually compounded by relationship issues, such as a spouse leaving a relationship, which can have disastrous consequences.

“They want to have control (of their spouse), and when the control is not working, they then end up shooting the person and, of course, themselves, since they don’t want to face the consequences of their behaviour,” he said.

In an effort to sensitise more Jamaicans to the realities of suicide, Choose Life International will host the first of two seminars on September 10, which is being recognised as World Suicide Prevention Day, at the Holiday Inn, Montego Bay, St James. It will run from 8 a.m. to 4 p.m.

The seminary moves to the Jamaica Conference Centre, downtown Kingston, on Friday, September 13.