JN Foundation’s PEP scholars urged to ‘live in the wow’ 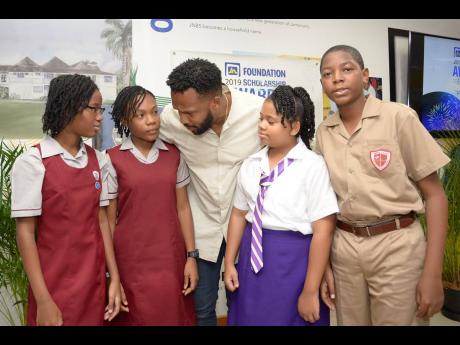 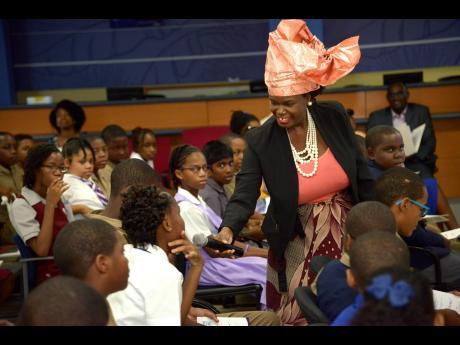 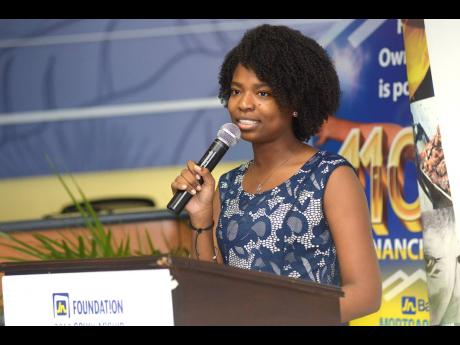 For the next five years, the parents or guardians of 37 Jamaica National (JN) scholars should encounter a little less stress on their pockets after their charges turned out outstanding performances in this year’s Primary Exit Profile (PEP) examinations.

The students will benefit from five-year scholarships awarded by the JN Foundation.

All the recipients were recognised at a special PEP Awards Reception held yesterday at the bank’s Half-Way Tree Road location in St Andrew.

The scholarship awards have been ongoing since 1983 and have benefited hundreds of students at the secondary and tertiary levels.

This year, the theme was ‘Live In The Wow’, and dancehall artiste Agent Sasco was invited to deliver the keynote address.

He gave the youngsters tips about believing, success, and endless possibilities.

“I really would like for you to know that your dreams are the foundation of what can allow you to live in the ‘wow’, and don’t think of them as dreams or unattainable fantasies that you just dream of. I did that and somehow found my way in doing it because, I guess, once you dream enough and still entertain that idea that it is possible, it naturally becomes so,” Sasco told the JN scholars.

During her testimonial to the 2019 recipients, Ramsay said: “This scholarship made life a whole lot easier for my parents as year after year, my school fees were being covered, which meant that they had money for more important matters. ”

This year, the awardees were made up of three groups: the Parish Scholarship Recipients, JN School Savers, and JN Group Employees’ Children.

Lepert Thomas, grandfather of St Thomas’s top PEP student, Tiffany DeCambre, expressed his gratitude at seeing her being awarded for her hard work.

“I am grateful and I am expecting well of her,” Thomas told The Gleaner.

“I am expecting that she will hold up her end of the bargain; to continue being the good student that I know she is. She has been good. She is also the reigning Spelling Bee Champion for St Thomas two years in a row. This is another tick up for her, and I am expecting her to do great things.”

Tiffany, a past student of Airy Castle Primary, now attends Immaculate Conception High School and says she would like to become a veterinarian.