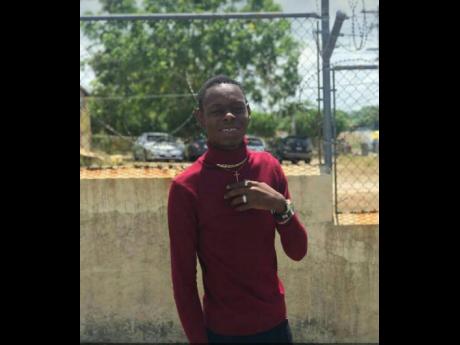 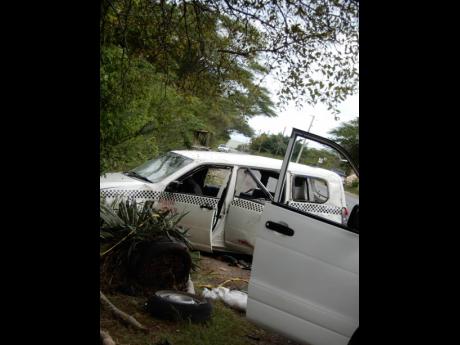 Contributed
Taxi that Shamoy was travelling in on that fateful day.
1
2

Karleen Thompson knew something was wrong with her 19-year-old son Shamoy Thompson on Saturday, even before she got the devastating news that he died in a three-­vehicle collision on the Bustamante Highway, metres away from Savannah Cross in Clarendon.

After speaking to him about 11 a.m., he told her he was on his way home in a taxi.

She said that when her son did not reach home at a certain time, she started feeling concerned and worried.

“I didn’t hear any news and I just had this feeling – I felt hot, cold, faint and weak. His youngest sister was helping me to tidy the house and I said Britney and Ashley, something is wrong with Shamoy,” she recalled.

Thompson said she called the police station expressing her concern regarding her son. She was wondering if he was caught up in the state of emergency operation in the parish.

Thompson said she didn’t hesitate but went straight to the May Pen Hospital.

“From the way they were acting, I could tell something was wrong with my son … I didn’t wait just went straight to Witter and Son’s Funeral Home … and it was there I identified him,” she said, trying to keep her emotions under control.

“Since Saturday, it’s been an emotionally disturbing roller coaster. I have not eaten, have not had a good night’s rest, so down and broken. His siblings are taking it hard. His bigger brother stopped talking, his little sister crying, middle brother usually reserved and quiet dealing with it by being overly active,” she told The Gleaner.

Reflecting on the life of her son, Thompson said he was very ambitious, he had dreams of being an airline pilot. In fact, on Monday, she was looking about getting him started on his pre-aviation course.

Life will never be the same for Thompson, a lecturer at The Mico University College. She said Shamoy kept all her bank cards, and he basically ‘managed’ her affairs.

Recounting her final day with him, she said they were supposed to go to the supermarket together and her son hurriedly got ready before her.

He told her he would go as he would not overspend, unlike her who might go over budget.