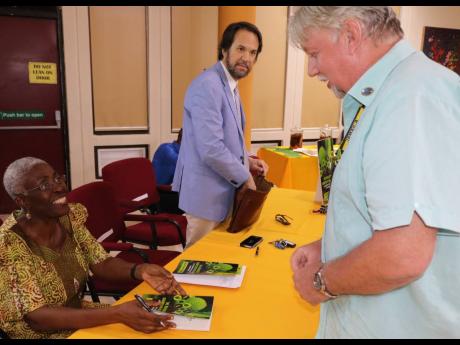 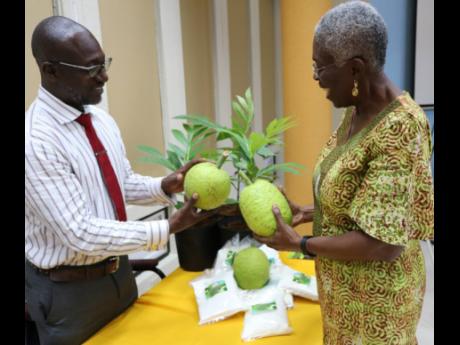 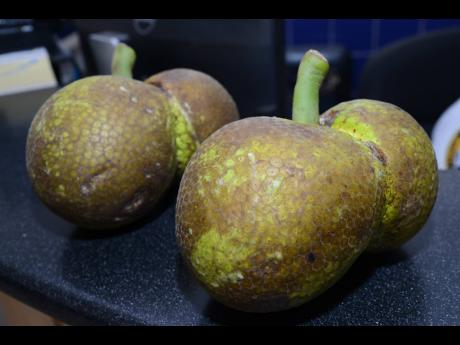 After more than 225 years in the Caribbean, despite the fact that it has achieved culinary and cultural significance, the breadfruit remains largely a neglected and underutilised species.

Robinson, in his review of the book, lamented the fact that lessons that should have been well learnt by now are still being ignored by the region.

“A section I found most interesting describes the fruit in some places as a food of gods and kings that was brought into the Caribbean as potential food for enslaved ancestors, many of whom rejected it and instead promoted its use for feeding pigs and poultry,” he told the audience at the Multifunction Room, the Mona Library, The UWI.

“When I read the section that spoke of the difficulty the breadfruit had competing with imported staples like rice and flour, I thought the more things change, the more they remain the same. As was the case when the breadfruit was only given attention when there was a food shortage because of embargo on food shipments to punish those who harboured any thought of being independent, so was the case in the past, and if we do not take heed, so shall the case be in the future,” he warned.

Roberts-Nkrumah said that breadfruit was introduced in 1793, purportedly to alleviate food shortages.

“I am saying ‘purportedly’ because the Caribbean is a place that also has its own indigenous food crops, and cassava is one of them and so is sweet potato. And so we need to recognise that among the first peoples of the Caribbean, there was really no food shortage. The food shortage arose because of sugar becoming all dominant in the agricultural landscape.

“We will hear documentation of the hurricanes and the droughts that caused famine, and if you were to go through the records housed at the Institute of Jamaica, the Assembly notes, you will see that the planters came up with figures – 20,000 people lost because of these famines.

“What they did not say was that, in fact, you had the war of American Independence taking place at the same time, and because you had military troops stationed in the Caribbean and places like Jamaica, it created an extra pressure on whatever food that there was, and it was not because of the drought and the hurricanes, and so, which took down the local food production that was undertaken by the enslaved people.”

Roberts-Nkrumah noted that it was the embargo on food that the British imposed to break the back of the American Independence efforts, which backfired, that created food shortage. She warned that the region would remain susceptible to the errors of the past.

She offered some insight into why the breadfruit might have been rejected.

“We just cannot assume that if we want to bring in some food that we just impose it because though there they were enslaved, they had taste, preferences, and so there is a quote that always amazed me: ‘He regarded the stranger with cold apathy’. They didn’t eat it until well after Emancipation when it suited them to begin to consume breadfruit.

“Because the crop was introduced as a staple and had suspicions associated with it, the Africans were uncertain about whether they wanted this thing when they had their yams and their plantains. Also, whenever the governing authorities encouraged consumption, it was always in difficult times so that in many parts of the Caribbean, there remained a stigma about breadfruit consumption.”

Research by Caribbean nutritionists and other scientists has, however, shone a different light on the breadfruit, as well as some of our root crops, which have suffered from all kinds of stigma in the past, according to Roberts-Nkrumah.