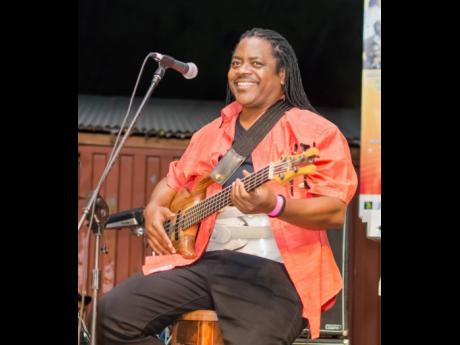 When songwriter, producer and composer Paul Barclay learnt of the fast-escalating humanitarian crisis facing the displaced natives of The Bahamas ravaged by Hurricane Dorian, as well as the turmoil of his fellow Jamaicans on the islands, his mind started mapping a way to lend a helping hand from his current location right here at home.

Barclay’s philanthropic desire is shared among many, but his connections in the local gospel industry charted the path to producing The Bahamian Hurricane Relief Concert which is scheduled for this Saturday, September 14, at Fellowship Tabernacle on the Boulevard.

Remembering that ex-member of Katalys Crew Patrice Moore was living in The Bahamas, Barclay also connected with his former colleague and friend to find out the main wants and needs of the people.

“I learnt that Patrice’s concerns were how much help we could actually provide from another island, especially to persons that have lost their homes, businesses and, in doing so, make sure that no one was left out,” Barclay told The Gleaner.

He said that as a resident of the Caribbean who is likely to be affected by natural disasters such as hurricanes, it became a major concern of his, and he needed to see if help could be provided and the best way he knew was to reach out to the Jamaica’s Christian community.

The Jamaica Gospel Music Network has been abuzz with news that local personalities such as Nadine Blair, George Nooks, Rondell Positive, Joan Flemming and several other entertainers as well as corporate establishments have pledged their service and talent in an effort to raise the funds for hurricane relief supplies.

Speaking to The Gleaner via WhatsApp call yesterday, Moore, who has resided in Freeport, Grand Bahama for the past 12 years and works as a music teacher, said: “I am hoping the concert will get the attention it deserves to raise a considerable sum of funds to help everyone, but my main focus at the moment is to help the diaspora.”

Moore, who is a single mother to two boys, considers herself one of the lucky ones, laughing that she was at the time of the interview charging her mobile phone in her motor vehicle, due to the lack of electricity.

“There are a lot of expatriate workers assuming the roles of teachers and nurses, lots of them are Jamaicans and several others entrepreneurs who have lost their houses or have been left with shells, because everything was washed away,” she said as she shared that most, if not all her things were saved.