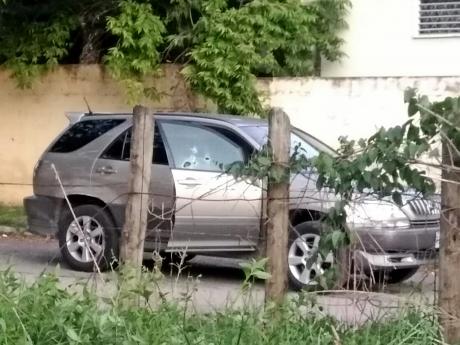 Contributed
The vehicle in which Fairclough and her mother were travelling when they were attacked by gunmen in Ocho Rios, St Ann, on Friday. 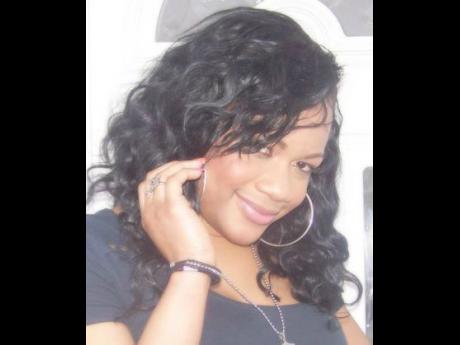 Several lawyers practising in Ocho Rios, St Ann, have been left shocked by the murder of 31-year-old attorney Sashakay Fairclough, who was shot and killed Friday afternoon in the Brook Green community there.

According to the Jamaica Constabulary Force's Corporate Communications Unit, Fairclough was driving in the resort town shortly before six o’clock when a car with armed men pulled up alongside her vehicle.

It’s reported that the men opened fire on Fairclough and her mother, who was a passenger in the car.

The police say the attorney was shot in the upper body and leg and died while undergoing treatment at hospital. Her mother remained in hospital in serious condition up to yesterday.

On Saturday afternoon, Sergeant Lorna West Small, of the St Ann police, said the investigation into the murder was ongoing and there was no new development.

Reports suggest that the lawyer was attacked near her home in Brook Green, as she turned off Milford Road onto a road that leads to the housing development.

Lawyers with practices in the resort town have described the young professional in glowing terms while stating their sorrow at her untimely passing.

Fairclough’s friend, attorney Cieanna Smith, was distraught as she spoke with The Sunday Gleaner yesterday.

“She was like my little sister. It rough, bwoy, it really rough. She nuh deserve dis none at all,” Smith said.

Smith said Fairclough would call her occasionally to discuss legal issues after working hours, showing a tendency to want to learn in her profession.

Attorney Oswest Senior-Smith backed up Smith's description of Fairclough, saying it was just the day before she was killed that she sought advice from him on a legal matter.

“As far as she was concerned, a vivacious, effervescent, bubbly personality, a very keen young lawyer, eager to do well. She consulted me about matters from time to time. The last time she sought my advice on a legal issue was as recently as Thursday, as a junior practitioner to someone who has some years ahead of her and it was not the first time.

"That is the way that she went about her practice of law, very well into learning and wanting to practise law in an ethical and correct and accurate way, only to come across this kind of wanton savagery.”

Prominent Ocho Rios-based attorney Linton Gordon was also saddened by Fairclough’s death and blamed the rise in criminality in the Ocho Rios area on the squatter settlements that have sprung up in recent years in the vicinity of the resort town.

“In her case, it is telling to us all for a number of reasons. First is that the community in which she was killed is a very, very solid middle-class community in which the last thing you would expect is to have that type of shooting of persons to have occurred.

“The second thing is that Ocho Rios has gradually developed into a crime-infested area and I have no doubt that the several informal squatter settlements that have mushroomed in the vicinity of Ocho Rios have provided the elements that are now generating criminality in Ocho Rios.

“It is very, very sad to hear of the passing of a young and potentially useful person for society.”

Gordon said he knew Fairclough quite well as she was a regular attorney in the court in St Ann, one who showed “all the potential to be an outstanding, competent and capable attorney at law".

He added: “Her passing is very sad, very regrettable and we can only hope that going forward it will be a lesson for all of us. I wish and hope that her mother will recover.”

Meanwhile, Richard Donaldson, partner in the firm, Robinson, Phillips and Whitehorne, said: "I’m shocked by it because this is so unlike the Ocho Rios area.”

He added: “We’re not accustomed to this level of violence down here. We’re shocked by that and also saddened that such a young life, a young attorney in the early stages of her practice, is just snuffed out; very, very sad.”

Efforts to get in contact with Dr Leon HoSang, managing partner in the law firm Murray and Tucker, where Fairclough was employeed, were unsuccessful.