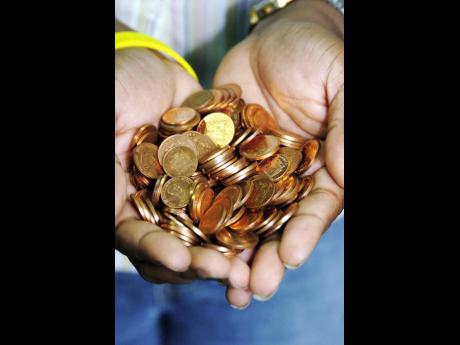 The Bank of Jamaica estimates that at least J$100 million in one- 10- and 25-cent coins, the ‘red’ money, is ‘lost in circulation’ in the Jamaican economy, and has partnered with GraceKennedy (GK) Money Service in a recovery drive. 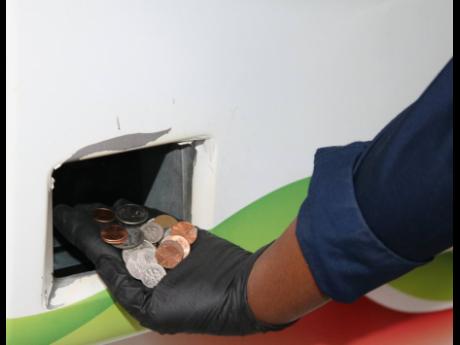 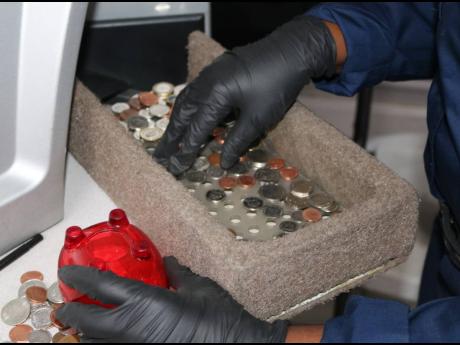 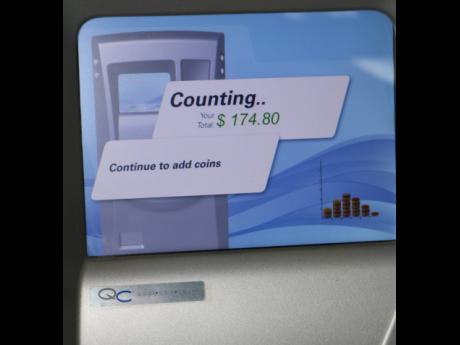 Christopher Serju
The new coin machines keep a running account of the value of the coins as they are entered. 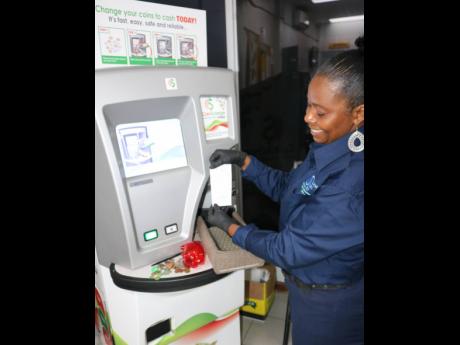 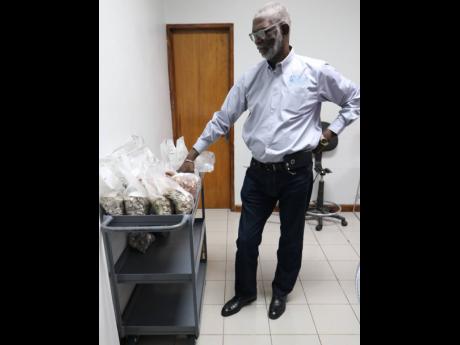 The Bank of Jamaica (BOJ) estimates that at least J$100 million in one- 10- and 25-cent coins, the ‘red’ money, is ‘lost in circulation’ in the Jamaican economy, and has partnered with GraceKennedy (GK) Money Service in a recovery drive.

The BOJ contends that a significant portion of this money is actually just sitting there, waiting to be claimed, like buried treasure.

In a series of press advertisements titled ‘Change Your Coins to Cash – For Free’, the BOJ urges Jamaicans to bring in the coins, informing that “all these cents can make you big dollars and that makes sense”.

“Bring in your coins – legal tender and demonetised – to redeem for face value with no service charge. Come directly to Bank of Jamaica, or utilise our convenient coin sorting and counting machines at the 11 select GK Money Services locations islandwide,” the advertisement urges.

There are a number of GK Money Service outlets in the Corporate Area where the coins are easily exchanged, since they are sorted and counted by newly installed machines. Under the deal with GK, the central bank has waived the eight per cent user fee for the transactions.

“The machines we had in the past were not as easily operated as this one,” explained Yolande Gyles Levy, communication and sponsorship manager for GK Money Service.

“If you are tech-savvy, you can operate the new ones yourselves; with the older ones you couldn’t. We had to wait until we brought in these newer machines before we could penetrate the island. We are trying to have at least one in each parish, but for now Portland and St Mary are still without.”

She continued, “Our investment in the machines is a result of our renewed partnership with the BOJ because they want the coins. They realise that there is a lot of unclaimed money out there which was not coming in because it was too difficult for people to get them exchanged. So this takes pressure off people having to go into the central bank or the commercial banks on one day of the month, where you didn’t want to be the person waiting behind the person with coins in that line.”

The Sunday Gleaner visited one of these locations at the Boulevard Supercentre in St Andrew and got a fascinating demonstration of how coins of all sizes, value and currency are quickly, easily and conveniently sorted.

On hand was Novlette Senior, who functions as ambassador-at-large, greeting customers with an easy smile, explaining the process as she goes along.

Even though the machines are easily operated, franchise holder Patrick Brissett has employed Senior full-time to assist customers.

“The machine sorts, counts and separates the coins. The good thing is that it is free because we no longer charge a service fee. So tell your friends they can come with their coins, in no time it is all sorted, you get a receipt for the amount and you are on your way. There is absolutely no need to sort or separate them before you come, even if you have foreign or old coins – the machine is state-of-the-art, it does everything, literally,” stated Senior.

Meanwhile, Brissett has extended an invitation to schools, churches or anyone with coins to visit a location, including at Sovereign Centre or Barbados Avenue, to redeem them.

… More to make the coins than they are worth

On Thursday, February 15, 2018, the one-, 10- and 25-cent coins were demonetised or ceased to be valued as legal money tender in Jamaica, and since then the Bank of Jamaica has been working to redeem them. It will continue to do so indefinitely, including at its headquarters during regular business hours of 9 a.m. to 2 p.m. from Mondays to Thursdays, and on Fridays from 9 a.m. to 3 p.m.

With the red coins out of circulation, business operators have been using a system of ‘rounding up’ or ‘rounding down’ when giving change, and by which consumers should also be guided when making payment.

“At current prices, it now costs more to make these coins than they are worth, and so continuing them is no longer economically viable and the country will save money by discontinuing them,” the central bank advised.

And while the $1 coin is also no longer cost-effective to manufacture, at a cost of J$2.30 per coin, the BOJ says it has no intention to withdraw it from circulation at this time, based on its heavy usage. However, it has begun a review of the design with a view to using less expensive material to make it.