Editors' Forum | Bribery or vote buying? … Whose job is it to determine that, asks political ombudsman 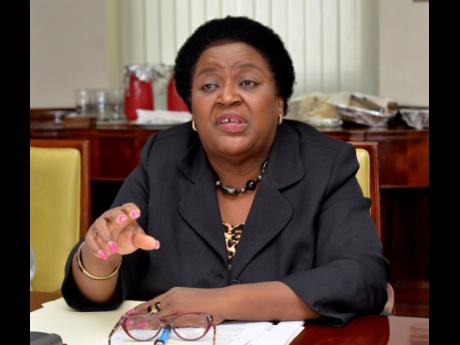 The idea and practice of vote buying is nothing new to the political landscape in Jamaica, but former director of elections, Orette Fisher, said the practice has got worst over the years.

“I don’t think vote buying has morphed, I think it has worsened. What used to happen still continues but it has evolved. When I was a child growing up, politicians used to give people things like flour and so on, but people are demanding more expensive things now for their vote,” Fisher shared at a Gleaner Editors’ Forum last week at the media house’s North Street, Kingston, office.

In 2011, a study was done across Jamaica by anthropologist Dr Herbert Gayle, which revealed that there was evidence of vote buying in almost all of the constituencies they canvassed. It also showed that the poorer constituencies were easier to entice.

“Money is definitely a factor in this practice, and sometimes it is done in such a way that it is difficult for you to pinpoint and say that is vote buying. For instance, assisting somebody to get to the polling station with cash, is that trying to influence the person’s vote? There are some real questions that must be asked,” said Fisher.

PEOPLE FEAR FOR THEIR LIVES

Political ombudsman Donna Parchment Brown said she would prefer it be called bribery rather than vote buying.

“Sometimes I do road work, sometimes I deliver black tanks, and sometimes I’m delivering chicken feed – all of these would be an attempt to influence the outcome. The question is, if bribery is an offence, whose job is it to determine so?” she said.

“For example, in direct bribery, where I have had somebody come in and give a statement, I have given that statement to the police to investigate. But here’s the thing, we are living in a country where 66 per cent of people say they have no freedom of political expression, where they fear criminal threats.

“For instance, we see the JUTC (Jamaica Urban Transit Company) taxi situation, which crippled the country for days, so when I make a report to the ombudsman, and she makes a report to the police, am I really going to go to the level where I am in court with John Brown? The fact is that people fear for their lives.”