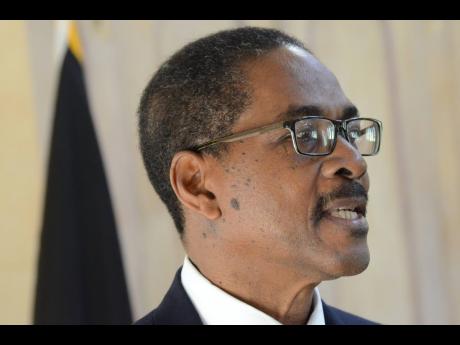 The Private Sector Organisation of Jamaica (PSOJ) has welcomed the appointment of retired Court of Appeal judge Justice Seymour Panton as chairman of the Integrity Commission.

The appointment of Panton became official after the signing of the instrument of appointment on Tuesday by Governor General Sir Patrick Allen.

PSOJ President Keith Duncan, in a statement yesterday, said that he was satisfied with Panton’s appointment.

“The body will now continue its mandate of promoting and strengthening measures for the prevention, detection, investigation, and prosecution of acts of corruption,” he said.

Duncan added: “We also look forward to the appointment of commissioners to fill the vacancies on the committee created by Justice Panton’s new appointment as well as the retirement of Dirk Harrison, who was director of corruption prosecution. The role of the Integrity Commission is a critical one but will only be effective if any gaps in law or administration that support it are addressed.”

Meanwhile, interim Executive Director for the Integrity Commission Colonel Daniel Pryce told The Gleaner that applications for vacant positions in the government anti-corruption agency have now closed and that they “will be filled in due course”.

Former Contractor General Dirk Harrison was assigned to act as director of the corruption prosecutions division; former secretary manager of the Corruption Prevention Commission, David Grey, was installed as acting head of the investigation division; and Joy Powell was appointed interim director of the information and complaints division.

Retired Court of Appeal judge Justice Seymour Panton has been appointed as chairman of the Integrity Commission, but how much do you know about him?

- On his return to Jamaica, the former Ruseas High School headboy was employed as clerk of the courts from 1969 to 1971 when he joined the Office of the Director of Public Prosecutions.

- In 1973, Panton went to Grand Cayman as an assistant to the attorney general. When he returned to Jamaica in 1978, he was appointed a resident magistrate. He first acted as puisne judge in 1981 and was appointed to the post in 1986.

- In 1998, Panton was appointed to act as Court of Appeal judge, and less than one year later, was appointed permanently to the post.

- Panton was apponted as Court of Appeal president in 2007, following the retirement of Justice Paul Harrison.

- Justice Panton received the award of the Order of Distinction (Commander Class) in 2006 for outstanding services to the judiciary.