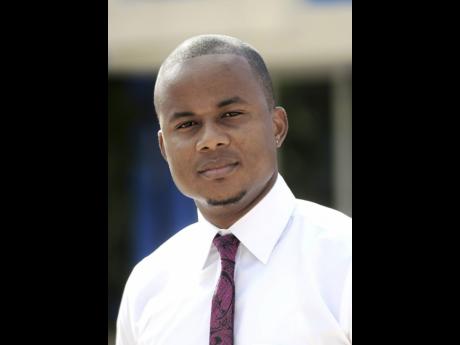 Several stakeholders focused on holding those in power to account yesterday lashed out after revelations that Government is seeking amendments to the Access to Information Act that would increase the exemption period for public access to Cabinet documents from 20 to 70 years.

However, a strident Press Association of Jamaica (PAJ) president, George Davis, told multiple media houses yesterday that he would be seeking a meeting with representatives of the administration to discuss the planned changes to the law, which he declared would be a body blow to press freedom.

Davis indicated that he had met with representatives of other organisations, including the Media Association Jamaica Ltd (MAJL) and National Integrity Action (NIA), and they were all at one in their opposition to any such move by the State.

In a statement yesterday, the MAJL described the 50-year increase to the exemption period as a retrograde step in updating the laws without considering the impact on press freedom and transparency in government.

“We argue that that period is already too long a wait for the public to find out what transpired in the governance of what have been determined to be sensitive state issues,” the MAJL said.

“Without context or dialogue with stakeholders on the matter, the change smacks of intent to hide something which was close to the line of being accessible.

“We reiterate that at a time where we have current examples of missteps in governance, absent dialogue on the justification, we feel that this move, which has the effect of shutting out media, is potentially damaging to the country’s reputation for press freedom.”

“What the Government wants to do is also going against international standards and norms, where the move is to increase access. In some countries, there is what is called a 30-year rule, which relates to the release of archival records when they are 30 years old,” she said in her own missive yesterday.

Jackson-Miller, the immediate past president of the PAJ, argued that the act, which was passed in 2002 and came into effect in 2004, has never been amended despite recommendations made for its amendment in 2011.

“Why, after successive administrations have ignored the 18 recommendations from the Joint Select Committee for amendments to the ATI Act (and more from other stakeholders) would this Government seek to pass a single amendment that has been recommended by no one? Why is Jamaica seeking to reduce access to historic records of the Cabinet?” she asked.

“This amendment must be opposed, and the Government must withdraw it.”

Professor Trevor Munroe, the executive director of NIA, the anti-corruption watchdog, said: “In the absence of compelling reasons and an unambiguous explanation related to Jamaica’s specific circumstances, NIA calls on the Government to immediately withdraw the proposal to hide Cabinet documents from the Jamaican people for an additional 50 years beyond the current 20 now in existing law.”

Munroe added: “NIA believes that this matter is of such importance that all Jamaicans, of whatever political persuasion and in whatever civic organisation… should speak out on this matter and call for the withdrawal of this retrograde proposal.”