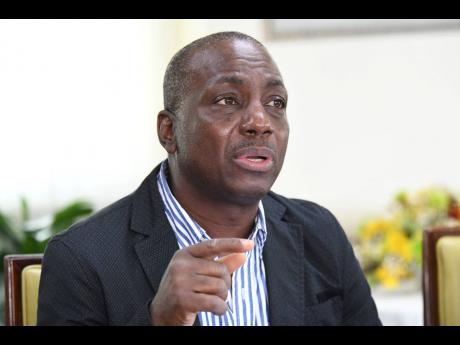 It is estimated that about 70 to 80 per cent of garbage in gullies in Kingston and Montego Bay, St James, could be eliminated with the launch of a programme that would see the placement of garbage wardens in selected communities.

The programme will be piloted initially in two communities by the National Solid Waste Management Authority (NSWMA) and is aimed at making garbage collection easier for the agency in unplanned communities, where roadways are often narrow, and, in some cases, non-existent.

NSWMA Executive Director Audley Gordon said the board is already in support of the project and they are hoping to get budgetary support in 2021.

“How the programme works is that we would go in [and] employ people from within the community as wardens. Their duty will be to ensure that nothing gets thrown into the gully, but more, they will be given handcarts that they will move the garbage for us. The man down the back of the lane or way down the last fence, he won’t have an excuse because somebody will come,” Gordon said during a Gleaner Editors’ Forum on Thursday.

“They will be properly uniformed, properly trained, and they will go from gate to gate to collect the garbage and bring it out to a point where we will construct platforms, whether skip or drums, where we can take it from. So we are not going to just leave it to the persons to carry it out because we have seen where that has not worked,” he explained.

The programme will be expanded gradually after the roll-out of the pilot. The entire project is expected to cost about $300 million.

Gordon said householders have often been encouraged to take their garbage to an area where it can be easily accessed, collected and disposed of; however, not everyone has yielded to this advisory. Some of this garbage is then discarded in the gully or other waterways.

“Although we should have personal responsibility because we generate the garbage, we are doing a little bit more. We are saying at the NSWMA, ‘Let us find a way to go for the garbage’, and we are prepared to recruit people from within the communities to go and bring that garbage out to where we can access it and move it,” he said.