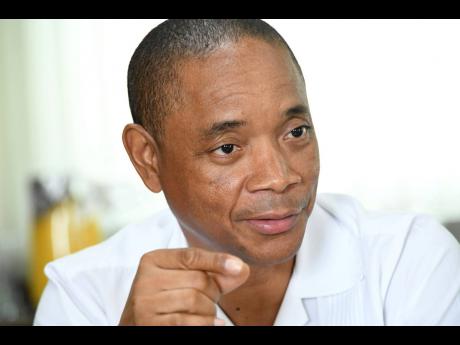 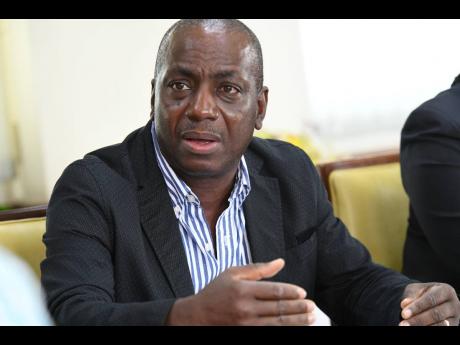 Haunted by ghosts of political interference, allegations of corruption, mismanagement, and the mystery fire in 2011 which razed the record-keeping section of its Half-Way Tree Road head office, officials of the National Solid Waste Management Authority (NSWMA) say the entity has positioned itself to stand up to public scrutiny.

The officials, who were guests at a Gleaner Editors’ Forum last week, admitted that the authority has been scarred by politics dating back many years.

However, NSWMA Chairman Dennis Chung and Executive Director Audley Gordon say they are building a team with accountability as its focus.

They say the scandals that rocked Petrojam and its subsidiaries, which saw the dismissal of Energy Minister Dr Andrew Wheatley from the Cabinet, cost taxpayers millions and was followed by the expropriation of Venezuela’s 49 per share in the entity, could not happen with the accountability structure they now have in place.

“We have a corporate governance framework in place that is enviable, and we are putting in place a risk-management framework and whistleblower and sexual harassment policy. By the end of this year, we will have all of this set up,” Chung told the forum, held at the newspaper’s North Street offices in Kingston.

Chung said the accountability strategy is aimed at ensuring “the NSWMA is brought to a place where it does not have [any] level of political interference again in the future”.

“One of the things we have suffered from is that every time an administration changes, the whole top management changes. There is no continuity. Once you have a whistleblower policy in place, proper corporate governance, a risk management framework, it’s a block against political interference and that’s very important,” Chung stated.

One of the blots against the NSWMA remains the near-midnight fire in December 2011, at the height of the general election campaign. A guard at the entity was found bound near the burning building which suffered damage to two floors, and specifically the record-keeping section of the entity. Arson was suspected as the cause of the fire for which no one was arrested. Internal investigations, after the fire, showed that between $600 million and $700 million could not be reconciled, Chung said.

He said everything that was destroyed had to be “built back”.

With claims it has been used as a political feeding tree by the two administrations that have formed governments in Jamaica, it is believed that cronies have been sent to the agency in compensation for political services over the years. It has also been suggested that politically connected private contractors have been given garbage contracts without bidding.

Gordon said improper behaviour is a thing of the past.

“We have adopted ATTIRE to describe our core values. Accountability, Transparency, Teamwork, Integrity, Respect and Excellence are now the company’s measuring stick.

“As we speak, we are fully compliant with the tenets of the corporate governance framework. We have an internal audit committee of the board that meets monthly and we are following their recommendations to the tee. We are following the PBMA (Public Bodies Management and Accountability) and FAA (Financial Administration and Audit) Act. And that’s why we filed (audited financials) on time,” said Gordon.

Both he and Chung were adamant that “Petrojam cannot happen, not while we are there”.

Said Gordon: “We pride ourselves as a new NSWMA. The staff is upbeat, things are different, the board leadership is second to none, and everyone is like one family. The industrial climate has also changed, because I took a decision that nobody would be unfairly dismissed when I went there.”

“No political targeting of anyone, nobody will be singled out because they don’t support a viewpoint,” he stated.

For Chung, there is a personal commitment.

“Every year we get 60 per cent of what we need to do 100 per cent of a job that needs to be done. I have been doing this thing for a little while. You don’t get any thanks, but you get some personal satisfaction knowing that you contribute,” Chung told the forum.

“At the last meeting Monday of the board, we discussed the matter of funding. One of the reasons why we think the NSWMA was not being funded properly before is because there were governance issues there, and people feel that if you put the money there it gone … .” Chung said, admitting to weak governance structures.

According to him, financial statements are up to date compared to two years ago when they were 10 years behind. For the last financial year, its annual report was filed on time.