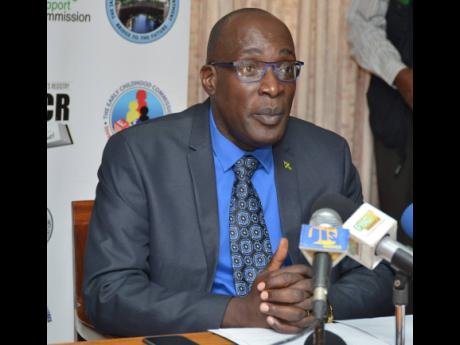 The Holness administration has labelled as “troubling” a call by Opposition Leader Dr Peter Phillips for the Government to speak on the ongoing corruption investigations relating to the education ministry.

In March, Education Minister Ruel Reid resigned amid a slew of corruption allegations at a number of agencies that fall under the education ministry, including Caribbean Maritime University (CMU). Since then, the police have confirmed that he is the subject of a criminal investigation.

CMU President Professor Fritz Pinnock had taken a leave of absence in July to allow the authorities to complete their probe. Last week, he returned to work at the east Kingston-based institution.

He appealed to stakeholders to join the Opposition in their demands for the Government to immediately relieve the CMU council members of their duties, for Pinnock to again be sent on leave, and for CMU to rescind contracts that were improperly awarded.

He stressed that the investigating bodies “currently conducting their statutory duty to investigate are independent and should be insulated from political interference”.

Chang added: “The Government maintains it will not interfere with any investigations and will not support the call by the opposition leader to undermine the credibility and authority of these independent bodies.”

Yesterday, the hiring of two multimillion-dollar consultants by the CMU again come under scrutiny from the parliamentary Opposition amid reports that one has raked in more than $2.5 million in salary since his contract became part of a wide-ranging corruption investigation.

The CMU has confirmed that the three-year, $15-million contract signed with former lawmaker Othneil Lawrence – who served as a junior transport minister in a previous Jamaica Labour Party (JLP) administration – “is still in force” and that he has been paid a total of $2.6 million since April this year, according to the report by the education ministry.

The other contract, a two-year, $20-million agreement signed with Gail Campbell Dunwell, a Jamaican who resides in the United States, also remains in force, but has been dormant since December 1, 2018, the document said.

“No further payments have been made to Mrs Campbell Dunwell since that date,” said the report, which was submitted to the Public Administration and Appropriations Committee (PAAC) of Parliament after lawmakers questioned the status of the contracts.

Campbell Dunwell was simultaneously making $3.5 million per year performing similar consultancy work for the National Education Trust (NET), the education ministry previously disclosed. The ministry, in its report to the PAAC, disclosed that “there has been no deliverables from the consultant since the end of March, neither any communication with the NET.

“In light of the situation, the ministry has written to the Attorney General’s Chambers so as to determine the way forward regarding the [NET] contract. A response is being awaited,” the document said.

Yesterday, Opposition Leader Dr Peter Phillips insisted that his concern is with “the way in which public funds are being used to pay persons for contracts which may not have been properly executed”, stressing that “the taxpayer must not be called upon to bear the cost of maladministration”.