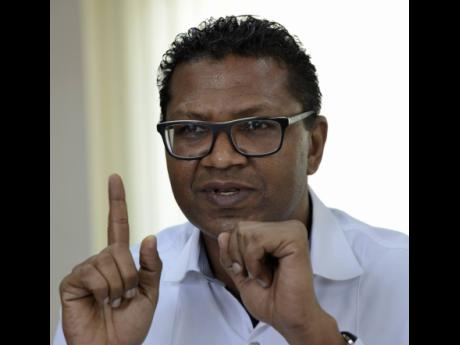 Business operators must guard against a sense of complacency as a result of the favourable economic outlook accorded to Jamaica by external ratings agencies in recent times, one of the country’s leading businessmen has warned.

“Yes, our environment has improved. Jamaica has experienced strong fiscal discipline and has been rewarded with improved credit rating, lower inflation, record-low interest rates, record low unemployment. Everything is indicating that that this is our time, this is our moment to shine, so why aren’t we? Why is our growth so anaemic?” he said.

Pandohie then put into perspective today’s economic realities, comparing the present to three decades ago.

“Today, the sector is contributing roughly 7.7 per cent to GDP (gross domestic product) and employing 79,000 persons. In dollar terms, we are contributing $156 billion to our country’s GDP. We are the second highest taxpayer and employ 6.4 per cent of the total labour force,” he said.

“Thirty years ago, the contribution of the productive sector to GDP was 21.5 per cent and employed over 120,000 persons in high-quality, good-paying jobs. The sector then went through a major shift with many manufacturers closing their doors and several of them transforming to an import and distribution model. Jamaica’s current account is negative and widening due primarily to the gap between import and export. This widening deficit is not good and runs counter to our monetary policy of having a competitive dollar.”

Services, on the other hand, are fine, with a positive surplus, Pandohie acknowledged, before citing another economic anomaly.

He pointed out that the significant devaluation over the years means that our exports should be more competitive to foreign buyers and the demand for imports should also fall, thus providing a boost for domestic production, which should lead to quality job creation and reduction in our current account deficit.

The manufacturing and export sector needs to be a pillar in Jamaica’s growth strategy and this must be understood and accepted by everyone, according the JMEA president.

“We need to galvanise the entire country around a single-minded focus to drive our exports – our consumers, our government agencies, our legal fraternity and port operators … . My God! Sometimes it feels like our biggest obstacles are from our own,” he said to sustained applause. “We need to make Jamaican our fortress, just like what the stadium was to the Reggae Boyz.”

Pandohie charged manufacturers to look within and start believing in themselves.

“ ... We need to operate less selfishly, recognising our obligation is not only to shareholders but to the wider Jamaican population. We must be active participants in reducing the social inequity and poverty in our country, fight to protect our environment, and strongly advocate for a kinder, gentler, more orderly society to ensure that Jamaica is truly a place to live, work and raise our families,” Pandohie said.