NIA: Pinnock should not have returned to office 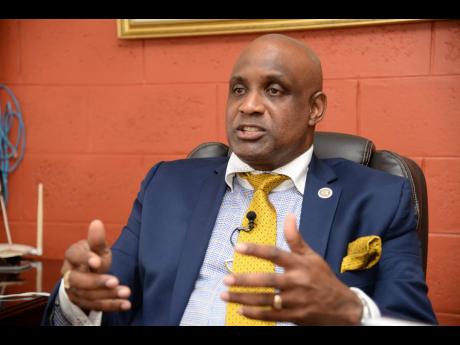 “The details of the corruption probe into the CMU have not been made public. Hence, based on his (Pinnock’s) very own reasoning, there could have been absolutely no justification whatsoever for the professor to have returned to office a week ago,” Munroe said.

His comment follows yesterday’s revelation that Pinnock has gone back on leave immediately to allow for investigations into the Palisadoes-based institution to be completed.

In a statement yesterday, the CMU said that the decision came out of a discussion between Pinnock and the chairman of the institution’s university council, Dr Hyacinth Bennett.

The CMU said that the parties agreed that in the interest of transparency, Pinnock should again proceed on leave until the investigations, which are being conducted by the Auditor General’s Department and other agencies, have been completed.

Pinnock first went on six weeks’ leave, effective July 5, amid an ongoing corruption probe involving former Minister of Education Ruel Reid and a number of agencies under the ministry, including CMU.

In March, Reid was asked to resign by Prime Minister Andrew Holness to facilitate the investigations.