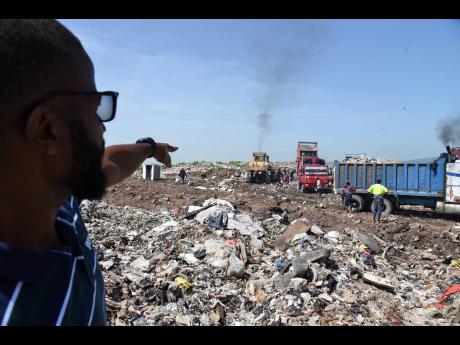 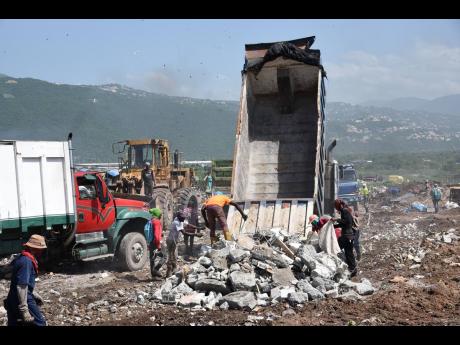 It’s been months since residents in St James and Kingston and St Andrew have had to contend with the smoke nuisance and health concerns that normally occur when dumps are on fire, and Audley Gordon, executive director of the National Solid Waste Management Authority (NSWMA), is promising that fresher air is something they can get used to.

Gordon, who was speaking at a Gleaner Editors’ Forum last week, has long stated that when fires are started at the dumps, it is extremely costly to taxpayers. But upgrades have now been done at the Retirement disposal site in Montego Bay, St James.

“It is a very big disposal site and has some of the same kind of challenges like Riverton, so we went and we started an upgrading programme there. The first thing we did was fix the interior road from where it was to where it is now, it is like a 100 per cent better.

“We put in vent pipes. These vent pipes, holes are carefully dug in the disposal site and pipes pushed down in there so that it gives those miserable gases that are down there an opportunity to exhale,” Gordon told journalists at the forum, held at the newspaper’s North Street, Kingston, offices.

“Once it’s breathing, there’s less chance of it exploding, so we have installed over 75 vent pipes in Retirement to mitigate against that.”

When a large fire is raging at the dumps, the Jamaica Fire Brigade is usually tasked with getting it under control, Gordon noted, adding that the NSWMA has also put measures in place that are expected to assist the brigade.

“We have on site a water tank, 24,000 gallons of water on site, so that, if there’s a fire, the fire department can come there empty and we can keep them going ’til backup water comes,” he said.

“We also have two members of staff at the landfill trained by the fire department to detect fires and they are given dirt bikes to ride around and keep a vigilance, and they are not just detecting fires, they have a little knapsack on their back with the foam kit that they can put out any little small thing, so while they are calling [for help], they are putting it out,” said Gordon.

Fires on the dumps, after investigations, are often found to have either been caused by arsonists or spontaneous combustion.

“All our disposal facilities were in a very run-down state, they were real dumps at one stage, and so we have acres of open garbage, and so when a fire come it’s difficult to contain it because the garbage will burn.

“There are over 200 gases competing on the landfill at any given time and when you have the garbage open, like just thrown around the place, that’s almost inviting fire because the sparks are always there, the combustion taking place and you have the open garbage. One of the things that we started doing is to make sure we cover our disposal facility with more regularity, so where we used to have acres of exposed garbage, you can’t go on any of our landfills now and see more than a small tipping phase, because we have to have a tipping phase and some of them, it depends, like for Riverton, it’s three acres, some of them it’s even smaller,” said Gordon.

In July 2018, Minister of Local Government and Community Development Desmond McKenzie reported that over the last two months the ministry had seen at least 10 fires at disposal sites across the country, which would have cost the country more than $100 million.