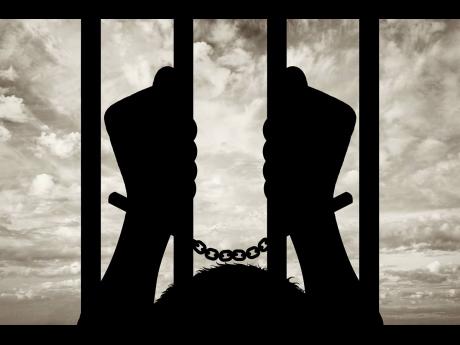 After spending 16 months in prison on charges of fraudulent conversion, 55-year-old educator Cynthia Bash* says she has been struggling to find employment, as Jamaica’s criminal justice system does little to help ex-convicts to move on with their lives.

Bash and her partner were arrested when a used-car importation business they were operating crashed last year after the Government implemented stiffer restrictions on crashed vehicles entering the country. The move left them with a string of undelivered cars and angry customers demanding repayment of some $3 million.

In March last year, she was dragged from her home by police during a predawn operation and was later imprisoned after she reportedly failed to repay roughly $1 million of her debt. This was her first run-in with the law, she said.

While inside, Bash said she was classified as ‘orderly’ and received certification in counselling and spent many afternoons counselling other inmates, some of whom she said were suffering from depression behind bars.

Bash said she also tutored several other female wards to passes in Caribbean Secondary Education Certificate (CSEC) English language and principles of business, and that she was also the head of a church choir there.

At other times she also taught cosmetology, a skill she said she learned during her more than decade-long teaching career at two Kingston institutions.

More than a month after being released from prison, however, the cash-strapped educator said she is still without meaningful employment, despite seeking work at several facilities, including some run by government.

“The Government and the European Union spend a vast amount of money on rehabilitation to get the prison and the inmates in shape, changing their whole way of thinking … but if so much money is being spent and when they (inmates) come back outside they can’t utilise what they have learned and earn something to maintain their families, then what is the purpose?” asked Bash.

“If we don’t fix this, we will have people re-entering the system again and again, and recommitting the same offences again and again,” said Bash, noting that at least six of the inmates she counselled returned to prison after being released.

“I don’t see where it is we are rehabilitating persons and making the society better because, if you the Government don’t want to employ us in the public sector, how do you expect persons in the private sector are going to employ us,” she argued.

Bash said she has applied for at least six jobs – many at high schools – since her release and all of them have turned her down because of her incarceration.

“Even though you are transformed, even though you have paid your dues to society, nobody wants to employ you. Nobody wants to give you the time of day,” she said, noting that, like her, many of the inmates had multiple CSEC passes before being incarcerated.

“The system needs to change. If you as a small person are doing business and you are not able to pay over money, it is called fraud and you are classified as a thief. But if somebody from the upper class does that, it is classified as misappropriation of funds, and [they] may not even spend a night in jail,” she said.