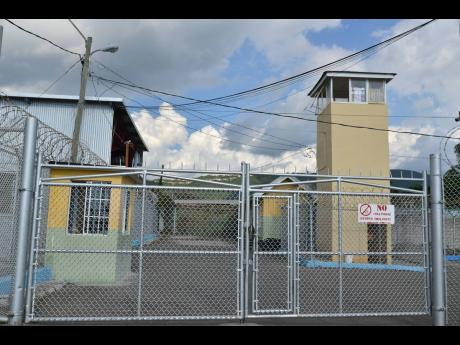 Jamaica’s justice system can be more effective if law enforcement makes a greater effort to partner with women, specifically those already behind bars and who possess intricate knowledge about the island’s most dangerous villains.

The argument was made by 55-year-old ex-convict Cynthia Bash* who, for more than the past year, has been counselling prison inmates and teaching them subjects ranging from English to cosmetology and business.

According to Bash, most of the female inmates at the relocated Fort Augusta Adult Correctional Facility are there for crimes committed in a bid to provide food and shelter for their children, many of whom are living without proper guidance while their mothers are behind bars.

Most of the inmates are single mothers, she said, though a large number are there for murders committed in abusive relationships. Other offences for which inmates have been convicted are drug trafficking and scamming, she said.

“Why not do it like America when they hold on to the small man … . These women, in their normal strata of society, can’t even afford two pounds of chicken back five days a week. Why not say to them, ‘Give us the small man, and if you do this we will make sure you are employed and put on a medical plan’,” she said.

“If you do these things, I guarantee that the small men and even the women are going to come out because they know more; and you are giving them something that they really long and yearn for,” she said, noting that inmates she has counselled have revealed shocking information about high-level criminals in Jamaica.

She said women are most often the persons keeping the secrets of their gangster counterparts. They are the ones who wash the bloody clothes and shield their men from gangsters, and many yearn to free their conscience through counselling, she said.

“Some people, some big names, that you wouldn’t even dream of. You would be surprised that they are the ones that are really behind some things,” said Bash as she spoke exclusively with The Sunday Gleaner last Tuesday.

She said many female inmates are prepared to spend a long time behind bars without giving up their counterparts because of fear or because of promises by the criminals that their children will be taken care of during their incarceration.

“Many times they make these promises and they don’t follow through. And when they come out they don’t hear gunfire about these people. Some of the women, if they even try to contact them (criminals) they end up in body bags,” he said.

“So I believe that if the Government set up a team to go inside of the prison, and hear the prisoners cry, we can really reach somewhere,” she said. “In order to target crime in Jamaica you have to hit them (criminals) where it hurts.

“Revisit some of the cases and ask the female inmates to help with the investigations, because they are behind bars while the men are out there still recruiting persons to carry out the crime,” she said.